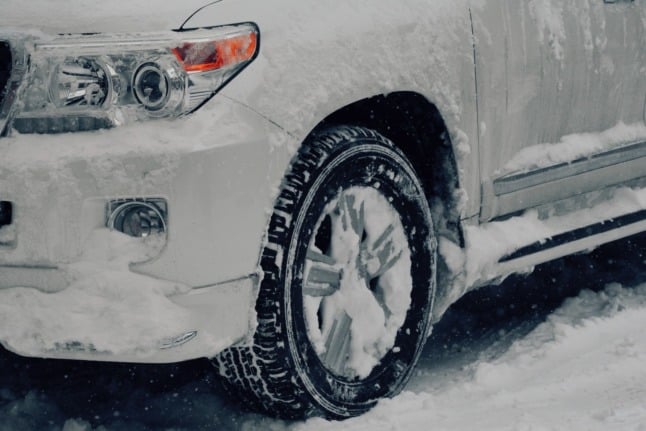 Why are winter tyres needed?

Suitable tyres are required during the Norwegian winters due to icy conditions reducing road surface grip.

In some more remote parts of the country with lots of snowfall and not much road maintenance coverage, you can opt to use studded tyres for more traction.

If you are new to Norway, you might not be aware that most motorists own two sets of tyres, one for the winter and one for the summer.

Many people will change the tyres themselves, but if you aren’t particularly handy, you can have a mechanic change them.

QUIZ: Would you pass the Norwegian driving theory test?

When is the winter tyre season?

In the northernmost parts of the country, the winter tyre season begins earlier due to the snow arriving and settling quicker than it does in the south. The season in the north begins on October 16th before commencing on November 1st in the rest of the country.

When the season ends is rather more confusing: the first Sunday after the 2nd day of Easter. We know that’s not very helpful or easy to understand, as the rule is more of a brain teaser or riddle than a set date.

To break it down, this will be April 25th of 2022 for this year. In the north, winter tyres are allowed until May.

There are no rules stopping you using winter tyres past this point, but studded ones will be prohibited.

What are the requirements?

In the winter, tyres must have a minimum pattern millimetre depth of 3mm. Cars can also be fitted with studded tyres that can only be used during the winter season.

There are different requirements for heavy vehicles over 3,500 kg. You can read about the rules for heavier vehicles here.

In summer, the minimum tread depth is 1.6 milometres. The video below shows a quick overview of the rules from Utrykningspolitiet, or the Central Mobile Police Service.

What happens if I am caught with the wrong tyres?

It might seem like a tedious chore, but you’ll kick yourself if you don’t take the time to check.

Not only is it potentially dangerous because of lack of grip on the road, but it can also be expensive.

If you are stopped with tyres that don’t appear suitable, you can be charged up to 750 kroner per tyre if they don’t meet the minimum requirements. This, unless you own a Reliant Robin, means having the wrong tyres or rubber that isn’t up to scratch could cost you up to 3,000 kroner.