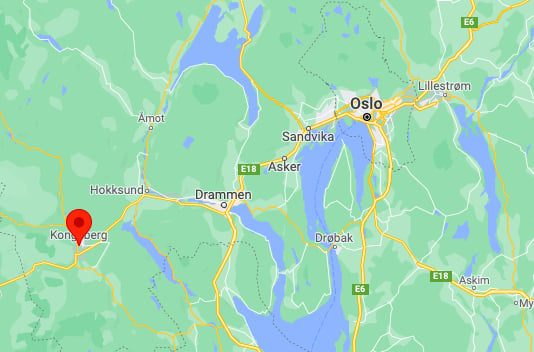 The attack took place in several locations in the town centre of Kongsberg, which lies around 80 km to the south west of Oslo, at around 6:30 pm.

“We can unfortunately confirm that there are several injured and also unfortunately several killed in this episode,” local police official Øyvind Aas told a news conference.

The attack started shortly before 6:30 pm (1600 GMT) and was described as covering a large part of Kongsberg includng a Coop supermarket. The suspect was arrested at 6:47 pm, police said.

Police confirmed that five people were killed and two others left wounded.

“The man who committed this act has been arrested by the police and, according to our information, there is only one person involved.”

The motive for the attack was not yet known but police added that they could not rule out that it was an act of terrorism.

“Given how events unfolded, it is natural to assess whether this is a terrorist attack,” local police official Oyvind Aas told a news conference.

“The arrested man has not been interviewed and it is too early to say anything about his motives,” he added.

“It is all conjecture at the moment,” he said when asked about the possibility of a terrorist motive.

The TV2 station reported that the man also had a knife or other weapons.

Several people were killed and others were injured by a man using a bow and arrow to carry out attacks in the Norwegian town of Kongsberg, local police say https://t.co/NR76DUq9OV pic.twitter.com/wj70S0PVlh

Police said the suspect, who they say acted alone, had been taken to a police station in the nearby town of Drammen but gave no other details about the man.

“There is no active search for other people,” Aas said.

The mayor of Kongsberg Kari Anne Sand, told VG newspaper the attack was “a tragedy for all those involved.”

“We are doing all we can,” she added. “Right now it is a chaotic situation and there are a lot of rumours.”

The wounded have been taken to hospital. However, police have not said how many people were hurt or given details of their condition.

In a tweet, the South East Police District confirmed it had arrested a person following the attacks, which it described as a “serious incident”.

Police urged the public to stay at home and several neighbourhoods were cordoned off, with television footage showing ambulances and armed police in the area.

A helicopter and bomb disposal team were also sent to the scene.

The website of public broadcaster NRK published  an image sent by a witness of a black arrow sticking out of a wall.

Police were expected to hold another press conference at 10 pm.

Police in Norway are not normally armed, but after the attack the National Police Directorate ordered that officers be armed nationwide.

“This is an extra precaution. The police have no indication so far that there is a change in the national threat level,” the directorate said in a statement.

Norway has traditionally been a peaceful nation but has suffered far-right attacks.