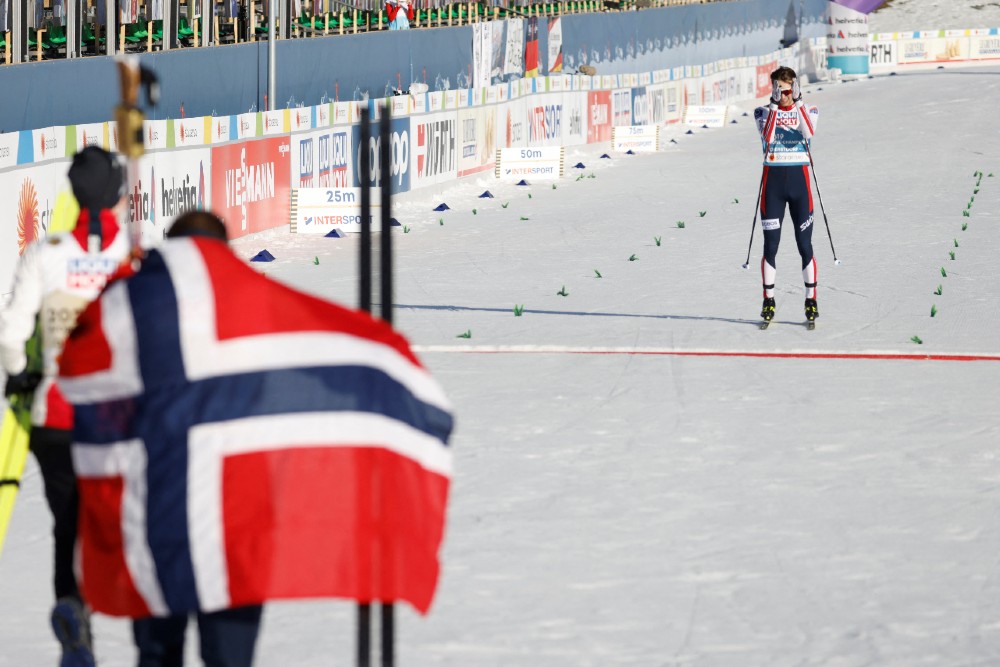 Norwegians love a good party. And they have ingrained two ways into their culture to make sure the good times last as long as possible. A Vorspiel, or “pre-party”, is a gathering that leads up to the planned event and a Nachspiel is the “after-party” of the main event. Both of these events can be found happening around more formal affairs like a wedding, or just a Friday night out in the city. The two often happen spontaneously or with little planning beforehand. They are often abbreviated as well so if anyone asks you if you’re going to the vors, they’re referring to the pre-party.

The politics in Norway are based upon a social democratic principle, which means high taxes and a welfare state. The tax rate may be surprising at first but many understand the benefits it gives such as easily accessible and extremely affordable healthcare, free education, and a solid welfare system.

READ MORE: What you need to know about buying alcohol in Norway

Sure, not everyone agrees with every single rule. But the rebellious nature many citizens may feel against the governments in other countries is low-grade. Bonding over discussing the government’s failures or shortcomings is not custom.  Norwegians have a deep trust in their country’s leadership. And speaking poorly of the system or the people in charge could lead to a tense exchange.

And speaking of pride

Excited to watch the Summer Olympics in Norway? That’s wonderful, but don’t expect Norwegians to share your anticipation and readily discuss your predicted winners. Norwegians are super fans of everything they are good at on a national level and only mildly interested in the other sports. You’d be better off sharing your excitement for the Winter Olympics where they dominate. Professional skiers are treated like celebrities. The sport of chess has also rapidly grown in popularity over the past 10 years. Chess champion Magnus Carlsen’s career and personal life is closely followed by all news outlets. Carlsen’s success alone has made a major impact on how the Norwegian youth view the sport of chess. Instead of having the reputation of a brainy quiet person’s game, it is more of a cool social activity they want to be good at.

Alcohol is a large part of social life in Norway. What can we say? Perhaps Norwegians need it a little more of it than other countries to help them come out of their winter shells. There are a few social norms surrounding drinking in Norway that would be beneficial to be aware of. To start, bring your own alcohol to parties. This includes both the vorspiel and nachspiel.  As you’ve likely already heard, alcohol is expensive and it is not the duty of the host to provide the booze for the party.

In bars, don’t offer to buy the table a round unless you want to stick out. Buying rounds isn’t a custom and most of the locals like to keep tabs on their own bills.

Norwegians also tend to save their drinking until the weekends. Even a glass of wine with a weekday dinner would be a little out of the usual. But it’s also not looked down on so go ahead and order that pint if you are out to dinner with friends on a Wednesday. Just don’t be surprised if you are the only one to do so.

Ah russ. A social occasion so specific and slightly peculiar to Norway that it still baffles some foreigners who have lived here for years. What is it? Russ is a month-long party for teenagers who are finishing videregående skole or “high school” around the ages of 18 and 19. The party is called russ, and they also refer to themselves as russ the year leading up to the big fest.

Throughout the month of May, until the National Holiday on the 17th, they gather to party and drink nearly every day. Russ students wear coloured one-piece rompers (that are typically red or blue) to stand out. And have their own russ cards they give out to younger kids who like to collect them. The cards typically have their picture and a funny saying printed on them.

A lot of locals attribute seeing their first sighting of a romper-clad russ as a sign that spring has come seeing as they typically start wearing their outfit when the seasons shift and the weather is more mild. In larger cities, they drive around and party in colourfully graffitied  russebusser, or “russ busses” to keep the partying going until dawn.

Remember to take off your shoes

Perhaps one of the biggest mistakes you can make when visiting a Norwegians home is to walk through the entry way with your shoes still on. Nearly every household follows this rule. And it’s understandable as to why this has become a custom. Yes, all four seasons in this country are visually stunning, but leave your footwear a mess. The effects of the weather cause soaking wet shoes, snow caked on the bottom of them, and fresh dirt to be easily dragged inside. So before you head out for the evening, make sure you have clean socks and remember to take off your shoes as soon as you have entered someone’s home.

Norwegians are really appreciative of personal space. They don’t kiss as a greeting. They don’t use hugs when meeting someone new. Handshakes (pre-coronavirus) are the most common physical contact but even those are kept at a minimum. Their desire for personal space is often why you will often find empty seats between people on busses or locals who choose to stand instead of having to sit too close to another passenger.

There is an exception to this rule. It is also a popular expression known as the Norwegian hand. The Norwegian hand is a term that is used when people reach over you to grab an item off the table instead of asking you to send it over. It is very common and a natural part of most meal times. In other cultures, it can be considered rude but here there is no need to apologize if you have to lean into someone’s space to grab the salt.

Kan jeg få regningen?– Can I have the bill?

Fylleangst – The anxiety felt when recalling events that happened while drinking