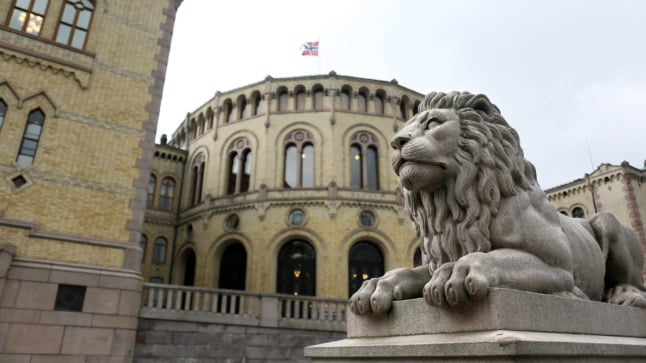 “Now Norway will have a government that will listen to the people. We will not overtake people but work to reduce the differences socially and geographically,” Vedum told the press at the reveal.

Tax cuts (but not for everyone)

The government wants to reduce income tax for those on incomes less than 750,000 kroner per year. This was a key promise that the Labour Party made throughout the election, and the Centre Party also said that it wanted a tax cut.

Whether the tax cut will be in addition to the proposed bracket tax cuts for those on low-to-middle incomes the outgoing government announced on Tuesday remains to be seen.

READ MORE: How Norway’s proposed state budget for 2022 could affect your finances

While those on lower incomes may pay less in tax, higher earners can expect to be taxed more.

The incoming government wants to tighten the Working Environment Act to improve working conditions, cut down on the number of temporary positions, and regulate the staffing and recruitment industry more closely.

There will be other changes to taxes, including bad news for anyone hoping to purchase an electric car soon.

VAT will be applied to new EV’s sold for more than 600,000 kroner, while the new minority coalition proposes lowering deductibles on the wealth tax to ensure the wealthiest in society pay more.

The eurosceptic Centre Party is a vocal critic of Norway’s membership of the European Economic Area or EEA. Before the election, it said it wanted to regulate labour immigration and pull Norway from the Schengen agreement renegotiate with the EEA.

The new government has said it will remain part of the agreement, but it will be examined and investigated to see whether there is any room to manoeuvre within it. This will come as a relief to many foreign residents in Norway, knowing their right to live and work in Norway will be protected.

The maximum price for kindergarten places will be lowered during 2022, and families won’t have to pay for a third child to attend at the same time as their siblings.

In addition, the two parties have agreed to gradually introduce a healthy daily meal into schools and more daily physical activity.

Free afterschool activities for all first-graders could also be implemented, although there are currently no details on when this could happen.

More affordable power is also on the agenda. The coalition has promised to lower taxes on electricity, increase housing support and introduce a geographical price equalisation of grid rent.

READ ALSO: What are the knock-on effects of rising energy prices in Norway?

This is as well as strengthening consumer rights, increasing the output of Norwegian energy and ensuring no new cables transferring power are constructed.

The government will continue looking for oil in new areas, a policy point that caused the Socialist Left Party to leave negotiations to be part of the coalition.

Despite that, there’s still green policy. Norway’s CO2 tax will gradually increase to around 2,000 kroner per tonne by 2030. Greenhouse gases will be cut by 55 percent by 2030 compared to 1990 levels, and this obligation will apply to sectors of the economy subject to climate quotas. This will bring Norway in line with EU climate targets.

Ullevål hospital will be closed and replaced by new hospitals at Gaustad and Aker that will need to be built.

The health trust model will also be put under the microscope with the parties examining whether the current system is fit for purpose.