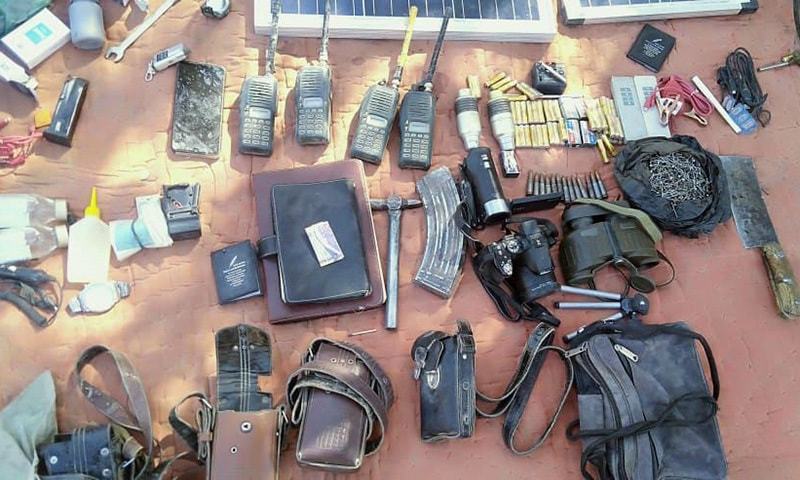 Six alleged terrorists including two commanders were killed in an intelligence-based operation in Balochistan’s Kharan district, the military’s media wing said on Friday.

The operation was launched by the paramilitary Balochistan Frontier Corps on “confirmed intelligence about the presence of terrorists in a hideout near Kharan”, the Inter-Services Public Relations statement said.

“As soon as [the] troops cordoned the area, the terrorists opened fire to flee from the hideout,” it added.

During an intense exchange of fire that ensued, six terrorists including commanders Gul Mir alias Pullen and Kaleemullah Bolani were killed.

A large cache of arms and ammunition was also recovered from the area, according to the ISPR.

There has been an uptick in violence in Balochistan, with several incidents of terrorism reported this year, targeting both civilians as well as security forces.

Earlier this month, two soldiers of FC South were martyred and another injured when armed men attacked their convoy in the Buleda area of Kech district.

On Sept 5, four FC personnel of were martyred and 21 others injured in a suicide bombing targeting a convoy on Quetta-Mastung road. The banned Tehreek-i-Taliban Pakistan (TTP) had claimed responsibility for the suicide attack.

In late August, three Levies personnel were martyred and as many injured when their vehicle hit a landmine in the province’s Ziarat district.