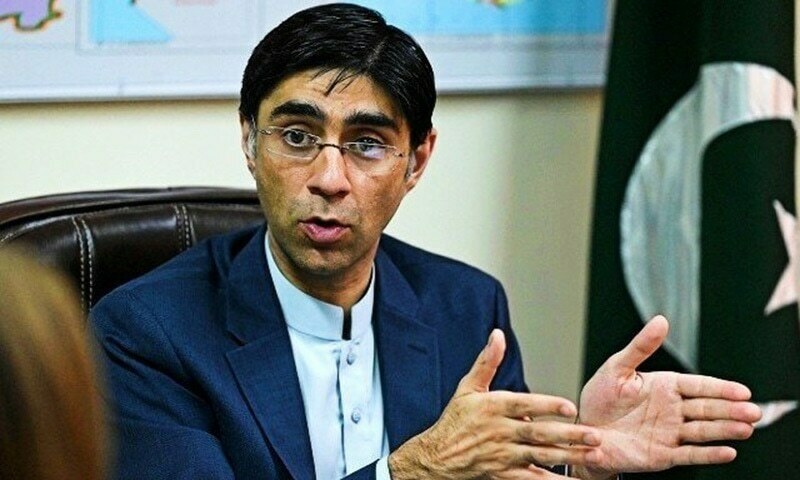 National Security Adviser (NSA) Moeed Yusuf said on Thursday that Afghan soil was still being used against Pakistan, adding that organised terrorist networks were operating in the neighbouring country.

Yusuf expressed the views while briefing the National Assembly’s Standing Committee on Foreign Affairs on the internal and external security situation.

In a tweet, he said it was a “pleasure” to brief the NA body.

“Had a very productive discussion on the National Security Policy (NSP) and Afghanistan. I am grateful for the appreciation we received for our work from members of the committee,” he added.

During the briefing, Yusuf said that the government was “not completely optimistic” about the arrival of the Taliban government in the war-torn country.

He also informed lawmakers that the banned Tehreek-i-Taliban Pakistan (TTP) had unilaterally broken the month-long ceasefire agreement with the government. “Those who declare war on the country will be dealt with an iron fist,” he said.

The NSA also briefed the committee about the recently approved NSP. He said that former adviser to the prime minister on foreign affairs, Sartaj Aziz, had started working on the policy in 2014.

He said that it took seven years to prepare the policy, and it was later also presented before the Parliamentary Committee on National Security. “It will not be implemented until approval from parliament,” he said.

He went on to say that the policy concerned the economic security of the country and the common man. He added that the Kashmir issue was also part of the NSP, adding that food security, hybrid war, education and organised crime had also been included.

However, Yusuf said governance had not been included in the policy for now. “The policy has been drafted for the next five years. Some measures are long-term and some are short-term,” he said.