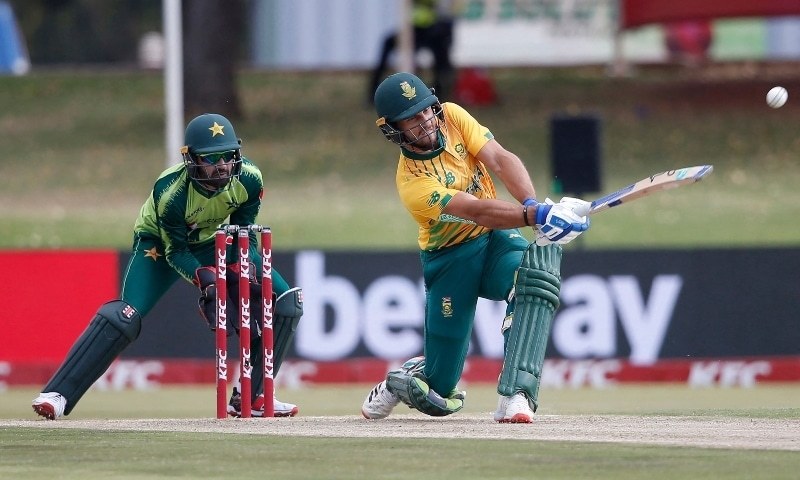 Pakistan captain Babar Azam gave a batting masterclass to lead Pakistan to a nine-wicket win in the third Twenty20 international against South Africa at SuperSport Park in Centurion on Wednesday.

Babar hit 122, his first T20 international century, as Pakistan chased down a challenging target of 204 with two overs to spare.

Player of the Match Babar, who earlier on Wednesday dethroned Indian maestro Virat Kohli as the world’s top batsman in one-day cricket, hit 15 fours and four sixes in an exhibition of superb timing and placement before he was out with only seven runs needed.

Mohammad Rizwan scored an unbeaten 73 in a Pakistan record first wicket partnership of 197.

Pakistan took a 2-1 lead in the four-match series.

Earlier, opening batsmen Aiden Markram and Janneman Malan had set up South Africa for a big total with half-centuries.

South Africa made 203 for five after being sent in.

Markram (63) and Malan (55) hit powerfully to put on 108 for the first wicket before Markram was bowled by left-arm spinner Mohammad Nawaz off the fourth ball of the 11th over.

It was Markram’s third successive half-century, a feat achieved previously for South Africa only by Hashim Amla in T20 internationals. Markram hit six fours and four sixes in a 31-ball innings.

Pakistan surprisingly left out leg-spinner Usman Qadir, the most successful bowler in their defeat in the second match, which left captain Babar Azam with only five bowlers, who each had to bowl a full quota of four overs at a venue where high totals are frequent.

Nawaz, the only slow bowler in the line-up, dismissed both openers and contributed to the South African innings briefly losing momentum after the opening partnership. Nawaz took two for 38.