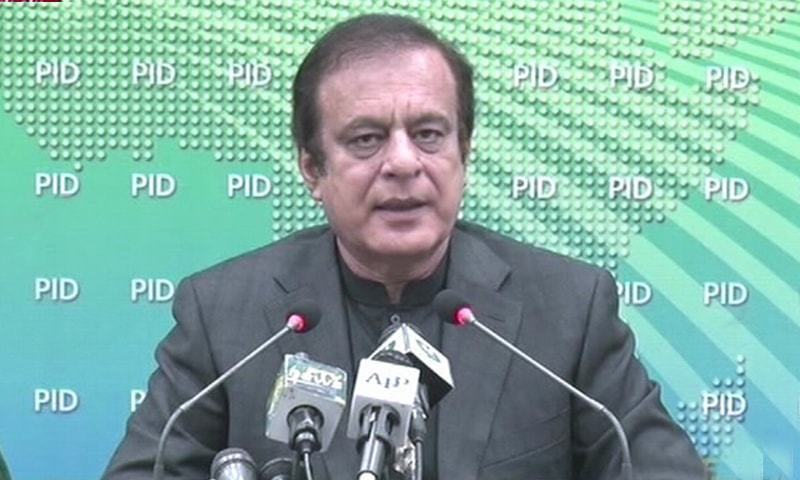 The government on Tuesday announced the formation of a one-member commission, comprising former Supreme Court judge Azmat Saeed Sheikh, that will conduct an inquiry into the Broadsheet scandal.

The announcement made by Information Minister Shibli Faraz reflects a change in the original composition of the probe body notified by the government.

Last week, the federal cabinet had formed an inquiry committee to be headed by a former judge of the Supreme Court or high court with the task to investigate in 45 days the “fresh revelations” in the verdict of a British court in the case of UK-based asset recovery firm Broadsheet LLC and fix responsibility on those Pakistanis who, according to the firm, had illegally benefited themselves and laundered money to off-shore banks.

Information Minister Faraz had said at the time that the committee would comprise one representative each of the Federal Investigation Agency (FIA) and Attorney General of Pakistan office, besides a senior advocate to be nominated by the prime minister.

The cabinet had formed this committee on the recommendations of an inter-ministerial committee that had been earlier constituted by Prime Minister Imran Khan to look into the Broadsheet saga. Two days later, Justice Sheikh was named as the head of the inquiry committee.

However, while addressing a post-cabinet meeting press conference on Tuesday, Faraz said the committee would now be a commission constituted under the Commission of Inquiry Act, 2017.

The minister said the objective of the one-member commission was to look at every aspect and “expose the people for whom this [Broadsheet] contract was signed”. He did not provide a reason for the change in the inquiry body’s composition.

Recently, a UK court gave a verdict against Pakistan in the Broadsheet case. Broadsheet LLC was engaged by the National Accountability Bureau (NAB) in 2000 to trace off-shore assets of Pakistani nationals but the agreement was cancelled in 2003. The government has recently paid $28 million to the firm in damages.

“The PTI government has nothing to do with this,” Faraz said of the Broadsheet saga, likening it to the Panama Papers leaks that led to the ouster of PML-N supremo Nawaz Sharif as the prime minister.

In the current case, he said, an arbitration court in England had given a verdict and announced an award against Pakistan. He added that in such a situation, it was the government’s duty to probe the scandal and events that cost the nation its money.

The minister said due to the persons responsible for the wrongdoings, the money stolen from Pakistan did not return to the country and instead, the government had to repay the firm because of contractual obligations.

“The time has come for everyone to find out who played what role in the economic ruin of the country [and] the network of debts that was laid,” he said, adding that all such alleged corrupt practices would become apparent in 45 days after the commission completes its probe.

Faraz regretted that corrupt elements in the past were allowed to go scot-free due to political expediency and a result, the country’s moral fabric was gradually compromised.

“We are today living in a culture in which corruption is not considered a big deal,” he said, adding that the PTI had seriously challenged this culture.

The appointment of Justice Sheikh as the head of the inquiry commission had become controversial as the opposition rejected the selection, while the government defended the move.

The opposition had rejected the appointment on the grounds that Sheikh was part of the five-member bench of the Supreme Court which announced the verdict against Nawaz in the Panama Papers case.

Asked whether Justice Sheikh was ready to conduct the inquiry despite the opposition’s criticism, Information Minister Faraz said if the former SC judge had any objections to his appointment, he would have conveyed the same by now.

“We hope he will do it because we trust him and […] he is known for his name and competence,” the added. “I think he is the best man to undertake this responsibility.”

Broadsheet LLC, a UK company that was registered in the Isle of Man in the Pervez Musharraf era, helped the then government and the newly established NAB track down foreign assets purchased by Pakistanis through alleged ill-gotten wealth.

Broadsheet claimed that it was established to enter into an Asset Recovery Agreement dated June 20, 2000, and did so with the then president of Pakistan, through the NAB chairman, for the purposes of recovering funds and other assets fraudulently taken from the state and other institutions, including through corrupt practices, and held outside of Pakistan.

Broadsheet maintains that it was created to be a company specialising in the recovery of assets and funds, and was therefore engaged to trace, locate and transfer such items back to the state.

After NAB terminated the contract in 2003, Broadsheet and another company involved as a third party filed for damages, saying Pakistan owed them money according to the terms agreed upon since the government was taking action to confiscate some of the assets they had identified, including the Avenfield property owned by the Sharif family.

Speaking about the upcoming Senate elections, Faraz said the government wanted the polls to be held in a transparent manner and without horsetrading.

“It is a fact of history that in Senate elections, money is doled out and people and votes are bought … what is the use of an upper house in which people come through purchasing votes?” he said.

To accomplish transparency, Faraz said, the government wanted the elections to be held through open ballot so everyone knows “who is voting for whom”.

He said the people opposing the proposed move were “forgetting that their own party [in the past] had demanded open ballot”.

The minister said if needed, the government will even present a constitutional amendment in the parliament to accomplish Senate polls being held through open ballot. He noted that a government bill in this regard was already lying in the National Assembly.

If it is presented, “everyone will see who opposes [the constitutional amendment] and why. They will have to tell the nation whether they support a system in which people use their votes through money,” he added.