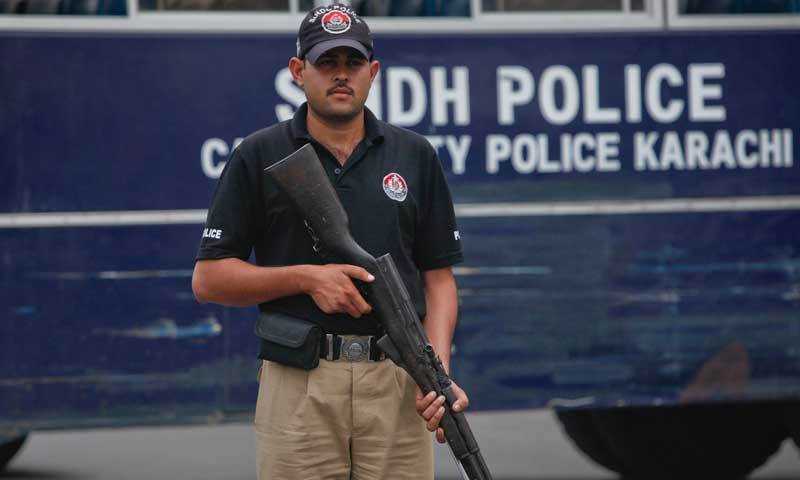 Police on Friday claimed to have busted a group known as the ‘burger gang’ that was involved in house robberies in the affluent Karachi neighbourhoods of DHA and Clifton and other areas.

In view of increasing house robberies in DHA, Clifton and some areas of East and Central districts, Gizri police arrested the gang’s ringleader along with a car used by it, South SSP Zubair Nazeer Sheikh said.

The held suspects were identified as Mohammed Shahid alias Burger alias Boss — said to be the leader of the gang, Mohammed Amir alias Jazu, Imran Jamil and Mohammed Faisal alias Pakori. Arms and looted valuables were also seized from their custody.

The group is notorious by the name of ‘burger gang’, according to police. A ‘burger’ in local parlance refers to a person with a privileged upbringing or lifestyle.

During initial probe, the gang members “confessed” to have committed several house robberies in DHA, Clifton and other areas in East and Central districts, SSP Sheikh said.

“The held suspects were also arrested by different police stations of Karachi several times [in the past] and were declared absconders by the courts,” he revealed.

A police statement identified Shahid alias Kala, Mohammed Irfan alias Patni and Adeel as the suspects’ accomplices, saying raids were being conducted for their arrest.

SSP Sheikh said the suspects were habitual criminals and dozens of first information reports (FIR) had been registered against them in South, East and Central districts.

The senior officer told Dawn that Mohammed Amir was the gang’s “operational leader” and ran a business in Dubai and had also shown himself as a businessman in Karachi. The officer termed him a high-profile criminal who had invested in property and other businesses. He also maintained a “high living standard”, having told investigators that his monthly expenditure was Rs400,000.

The gang had been operating in DHA, Clifton and other areas since 2005 but Shahid alias Burger assumed its leadership in 2015, SSP Sheikh said. He added that the gang used to “randomly” select bungalows and commit robberies in the daytime.