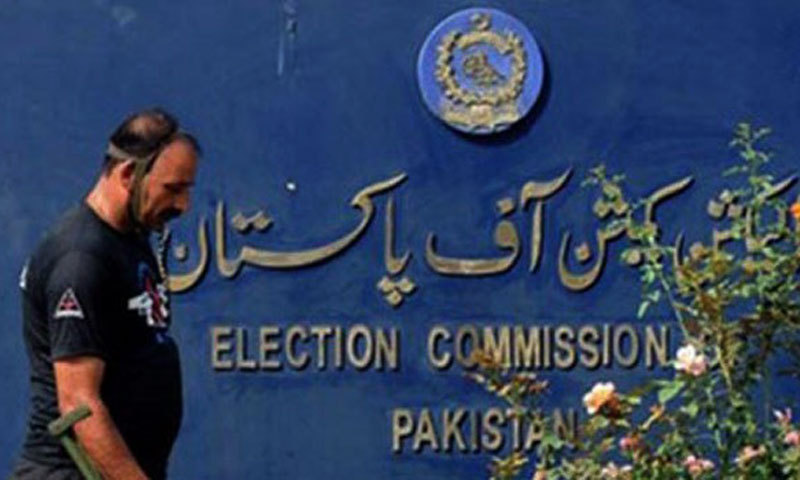 ISLAMABAD: The Establishment Division seems reluctant to implement the Election Commission of Pakistan’s (ECP) landmark decision on the NA-75 (Daska) by-election controversy and instead wants the Punjab government to take action against the delinquent officers of the federal government.

The ECP on Feb 25 had declared the NA-75 Sialkot-IV (Daska) by-election null and void where the candidate of Pakistan Tehreek-i-Insaf (PTI) Ali Asjad Malhi was contesting against Pakistan Muslim League-Nawaz’s (PML-N) Syeda Nosheen Iftikhar and others.

According to the returning officer’s report, presiding officers of at least 20 polling stations had tampered with the results. Deciding the complaint of Ms Iftikhar, the ECP declared the elections null and void and ordered re-polling on March 18.

The commission also issued an unprecedented order of summoning Inspector General of Police Inam Ghani and Punjab Chief Secretary Jawad Rafique Malik on March 4 over negligence in the Daska elections.

However, the Establishment Division is of the view that since these officers were working for the Punjab government, therefore, it should have been sent the reference.

The provincial government has reportedly suspended Assistant Commissioner Hussain, DSPs for Sambrial Zulfiqar Ali Virk and Daska Mohammad Ramzan Kamboh. However, the Establishment Division has not yet initiated action against the responsible officials of the federal government.

A senior official of the Punjab government said the Services and General Administration Department in compliance with the ECP’s directive had suspended the officials of the provincial service. He, however, said the Establishment Division secretary was empowered to suspend and proceed against the officials nominated by the ECP.

According to Rule 18 of the Civil Servants (Efficiency and Discipline) Rules 2020, “Where an authority determines to proceed against a civil servant who is on deputation to any other government, department, corporation, body corporate, autonomous or semi-autonomous body, statutory body or any other organisation or institution, hereinafter referred to as the borrowing organisation, the authority of such civil servant in his parent department may — ask the relevant government or borrowing organisation, to frame charges against the civil servant and forward the same to his parent department; or initiate proceedings against him on its own under these rules.”

“In case of proceedings against any chief secretary of a province, the Establishment Division shall frame the charges and initiate disciplinary proceedings with approval of the prime minister,” it added.

It may be mentioned that under the Elections Act 2017, the ECP has ample powers to suspend even the highest officer of any institution.

Sub-section 3 of Section 55 of the Elections Act empowers the commission to “suspend or withdraw any election official, a public servant or any other person in the service of Pakistan” for their negligence in conducting free and fair elections.

Article 260 of the Constitution defines service of Pakistan as “any service, post or office in connection with the affairs of the Federation or of a Province, and includes an All-Pakistan Service, service in the Armed Forces”.

Moreover, Section 184 of the Act explains “violation of official duty in connection with election” and an offence under this section entails up to three years’ imprisonment, with fine which may extend to Rs100,000 or with both”.

Establishment Secretary Ijaz Munir neither responded to repeated calls nor replied to the message sent to him in connection with the implementation of the ECP’s directive on Daska by-elections.

An official of the Establishment Division on condition of anonymity, however, said they were waiting for instructions from the Prime Minister’s Office and the officers nominated by the commission would be suspended by next week.