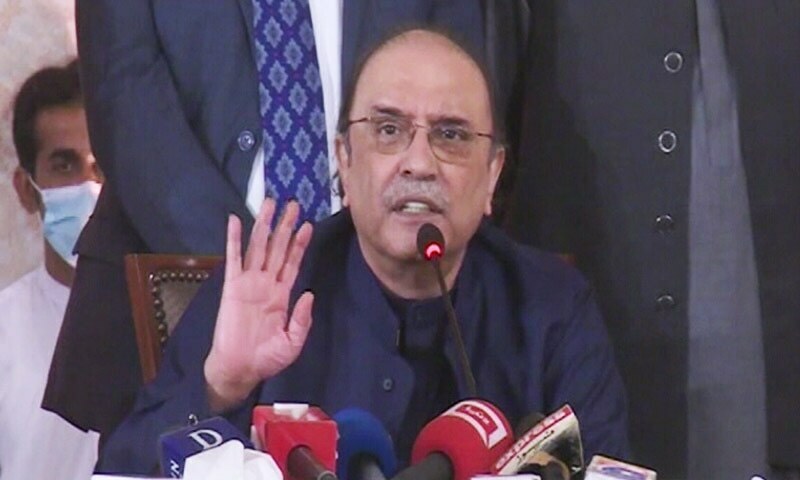 Even though the PPP was the runner up in Sunday’s by-election for Lahore’s NA-133 constituency, it was in celebration mode on Monday over a significantly improved performance compared to the previous election for the National Assembly seat — a result its leadership is touting as the party’s resurgence in the crucial province of Punjab.

Following the announcement of the results, PPP Chairperson Bilawal Bhutto-Zardari had congratulated his party for garnering over 32,000 votes and its “fantastic performance” in the by-election.

“Congratulations to PPP Punjab for a fantastic performance in Lahore by-election. The PPP went from 5,000 votes to 32,000+. While the PML-N lost more than 50 per cent of its votes […] next election, the PPP will form a government in Punjab and the Centre,” he tweeted.

Speaking to the media earlier today, former prime minister and PPP Punjab chapter president Raja Pervaiz Ashraf said the messages that the party had been receiving from different parts of the country, especially from Punjab, made it seem like the PPP had undergone a revival in the province.

He announced that the party was “celebrating” at the Bilawal House in Lahore at an event hosted by former president Asif Ali Zardari.

Speaking at the event in Lahore, Asif Ali Zardari said that his party would have gone on to garner up to 50,000 votes had it not been for the low voter turnout.

In an apparent criticism of the ruling PTI, Zardari alleged that “they have delineated constituencies across Punjab to suit themselves”.

“But we will change these constituencies and fight them everywhere, in all neighbourhoods, as they are against Pakistan,” he added. Zardari stated that “they all have been making promises, but there is no delivery”.

He went on to claim that Pakistan was in danger due to a “big conspiracy”.

“The world wants to break Pakistan and we have committed to saving the country. We will fight for Pakistan, save Pakistan and make it a successful country,” he said, adding that he still had the “vision to make this country great”.

Amid loud cheers by his supporters, the PPP leader then lauded his party workers and asked them to pray that Allah gave them more courage and the party another chance to come into power.

Earlier, Ashraf also lauded and congratulated PPP workers for their hard work while contesting the by-election. “I am grateful to all the residents of the NA-133 constituency [as well] for their love and support,” he said while speaking to the media in Lahore.

He said he took pride in the fact that the PML-N, which previously claimed that it did not have to approach people for votes to win an election, had to work for votes after the PPP launched its campaign.

Ashraf further stated that the results of the by-election had compelled “political pundits”, who previously said the party was non-existent in Punjab, to reconsider their analyses.

“We did not have the government here, neither did we have any MNA from this constituency nor any MPA, local body chairman or councillor. [We had] PPP jiyalas, workers, its supporters and the ambition to win,” he said.

The former prime minister said the PPP was in “sleeping mode” until now but when it actively campaigned in the constituency, votes had piled up in its favour. He said that the PPP would have won the election if the party had been given a few more days to campaign.

Ashraf then thanked the PPP leadership for trusting his team to run the party’s campaign and congratulated his team and other party workers.

Ashraf said he believed that the PPP had the capability to work alongside others and that was why it possessed the ability to solve the problems Pakistan was facing today.

“It is now time to make the right decisions and for a leadership to come forward that can properly serve Punjab and Pakistan.”