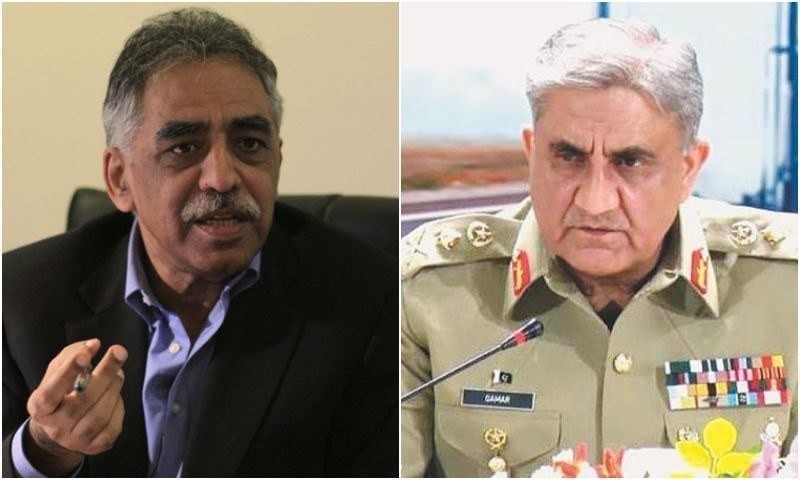 The two meetings were held in the last week of August and on September 7, said Maj Gen Iftikhar, who was speaking to journalist Arshad Sharif on ARY News. The ISPR chief was asked to comment on reports of politicians meeting the military leadership and claims that no PML-N leader was part of the reported meetings.

“During these meetings, whatever was discussed, the army chief made it clear to him (Zubair) that whatever their legal issues are will be solved in Pakistan’s courts, while the political issues will be solved in the parliament,” the ISPR chief added.

He said the PML-N was asked to “keep the army away from these matters”, declining to provide further details.

The two reported meetings are separate from a meeting held between 15 prominent opposition members, including senior leaders of the PML-N, and the army and ISI chiefs on Sept 16 last week.

In that meeting, which had come days before opposition parties at a multi-party conference announced a wide-ranging anti-government movement and criticised the military’s interference in politics, the army and intelligence chiefs had cou­n­selled the opposition to refrain from dragging the military into political issues, it had emerged on Monday.

Zubair, while talking to Geo’s Shahzeb Khanzada, said he has had personal ties with COAS Bajwa for more than 40 years. “There’s nothing unusual about the meeting,” he said when asked about the DG ISPR’s remarks.

He said he never broached issues related to elections or to Nawaz Sharif with the COAS.

“As a friend, I thought I should brief him (Bajwa) on the state of economy of Pakistan and the issue of governance. But at the outset of the meeting I told him, I had not come for relief for anyone in my party, neither did I come on the request of anyone — neither Nawaz nor anyone else.”

‘No representative of Nawaz’

Earlier today, PML-N vice president Maryam had reportedly said that no one representing her father Nawaz had met the army chief.

She said political decisions should be made in the parliament, not at the General Headquarters (GHQ).

“I don’t know about a dinner, maybe it was not a dinner [but] I heard about the meeting. From what I understand it was called to discuss Gilgit-Baltistan which is a political issue, an issue of the people’s representatives, for them to solve and deliberate upon.

“These decisions should be made in parliament, not in GHQ,” she said while responding to a reporter’s question.

She further said “the political leadership should not be called nor should it go to discuss such issues. Whoever wishes to discuss these issues should come to the parliament.”

These developments come on the heels of Nawaz‘s speech on Sept 20 in which he had bitterly criticised the Army, saying there was “a state above the state in the country”.