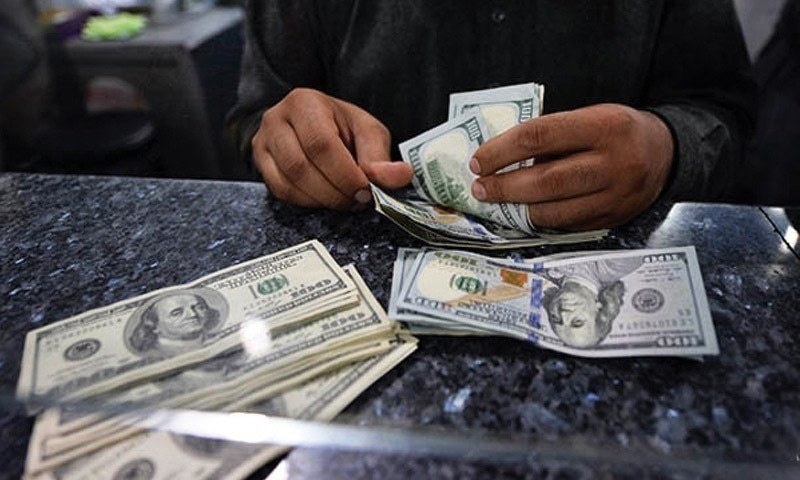 The US Dollar on Wednesday continued its surge against the rupee as it created a new high for the second straight day, rising to Rs169.6 in the interbank market at the onset of the trading session.

According to an update posted at 9:58am on Mettis Global, a web-based financial data and analytics portal, the rupee depreciated by 46 paisa against the greenback and was being quoted at are 169.40/169.60 while trades were reported at Rs169.50.

“Due to the recent sustained rise in the dollar’s value, importers have started booking the currency in advance, which has increased its demand in the interbank market,” Exchange Companies Association of Pakistan Chairman Malik Bostan told Dawn.com.

Bostan warned that the dollar could become even more expensive if the State Bank of Pakistan did not intervene.

There is a shortage of dollars in Afghanistan, they said, adding that the people from that country were buying dollars from the Pakistani market because they were allowed to carry $10,000 with them without permission.

Secondly, dual nationality holders are using letter of credit (LC) to import goods from Afghanistan and they are buying dollars from the open market to place it into banks for imports.

Rupee recovers ‘for the time being’

After reaching a new high, the local currency made a slight recovery, gaining 60 paisa to close at Rs169 in the interbank, after what expert observers said was an intervention by the State Bank of Pakistan.

“The rupee recovered by 60 paisa against the dollar in the interbank market to close at Rs169 following intervention from the SBP,” a source familiar with the development told DawnNewsTV.

Sources said the rupee depreciated as importers who were unnecessarily buying dollars had their greenback bookings reduced, which had an immediate effect on the market.

Zafar Paracha, secretary general of the Exchange Companies Association of Pakistan, said the central bank asked banks not to unnecessarily open LC) for importers which helped rupee gain strength “for the time being”.

He recalled that exchange companies had suggested that the SBP impose a cash margin condition on imports, which the central bank had eased in Sept 2020 for imports of certain raw materials to support manufacturing and industrial sectors.

Todays’s developments come a day after the dollar hit its previous high of Rs168.94, shattering investor confidence in the local currency and exchange rate stability.

The rupee, which has been termed the worst-performing currency in Asia, seems to have opened the field for the bullish US dollar to move forward unchecked and erode the remaining value of the local currency.

The currency has been losing purchasing power fast in the domestic market as well, causing inflation that has badly hit the general public.

The State Bank of Pakistan had indicated earlier that the dollar could appreciate during the current financial year due to an expected higher current account deficit.

Another factor that has accelerated the pace of buying of dollars from the open market is the deadline for surrendering Rs40,000 bonds. The government has fixed September 30 as the last date to liquidate the bonds. The investors who are liquidating the bonds are buying US dollars from the open market which has increased the demand for the greenback.