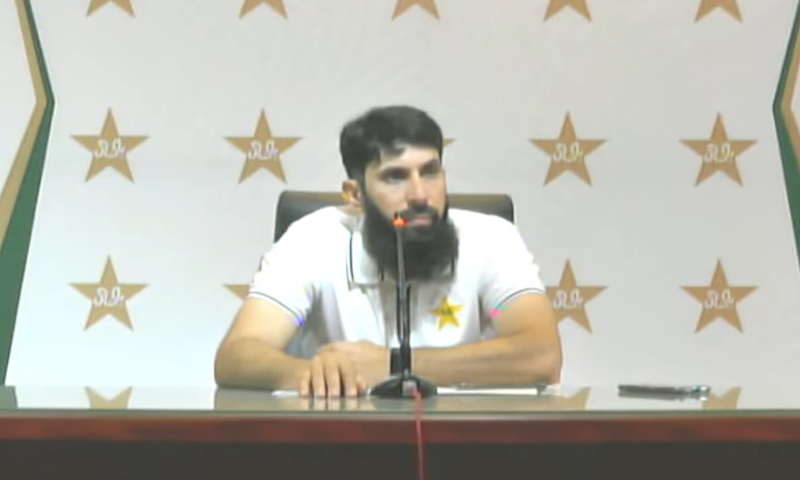 Pakistan head coach Misbahul Haq said on Saturday that the door was open for Mohammad Amir to return to the Pakistan cricket team if he took back his retirement and his performance improved.

Addressing a press conference in Lahore before the team heads for the England and West Indies tours, the head coach said: “I have said this before that Amir being dropped from the team was based on his performance and injuries […] If he takes back his retirement and his performance improves, then I’ve always said that the door is open for every player. I have nothing personal [against him].”

“I was the captain and later the coach when he returned,” Misbah recalled. He said Amir had been accommodated before when he was facing personal issues and had been called back to the team once they were resolved.

“The main thing is if Amir performs and he is available for the team and the team needs him then I never consider personal [issues] or what happened previously,” said Misbah.

Amir had in December 2020 announced his retirement from international cricket, alleging that he was being “mentally tortured” by the Pakistan Cricket Board (PCB) management.

He had said that the environment at the PCB and the way he was sidelined from the 35-member squad for the New Zealand tour was a “wake-up call” for him.

“If I wasn’t in the plan for those 35 boys, then it is a wake-up call for me to figure out my future plan [and] how I have to carry on my cricket.

“The kind of environment that has been created, I don’t think I can play cricket under this management […] I am leaving cricket at this time,” he had said.

According to a PCB press release at the time, Amir had confirmed that “he has no desire or intention of playing international cricket and as such, he should not be considered for future international matches.”

Commenting on the upcoming England and West Indies tours, Misbah called it a “fantastic opportunity” to prepare for the ICC Men’s T20 World Cup.

“I have the experience and belief that the more you play against good teams, the better your preparation is. You are able to judge where you stand.

“I am taking it in a positive way and as a fantastic opportunity that we will have such splendid preparation for the World Cup. If we face any difficulties then at least we will know where we stand,” he said.

Misbah said that concerns about performance or middle order issues were valid and they would be worked on in the upcoming tours. “We will make the effort to overcome these problems in these two series,” he said, adding that they would be “sorted out” before the T20 World Cup.

Fielding, he pointed out, was another area which needed further refinement but improvement had been noted. The coach said that practice sessions and intra-squad matches would be availed to iron out issues with players.

Pakistan is set to play three one-day internationals and as many T20Is in England from July 8 to July 20, before facing West Indies in five T20Is that will be followed by two Tests, according to the PCB.