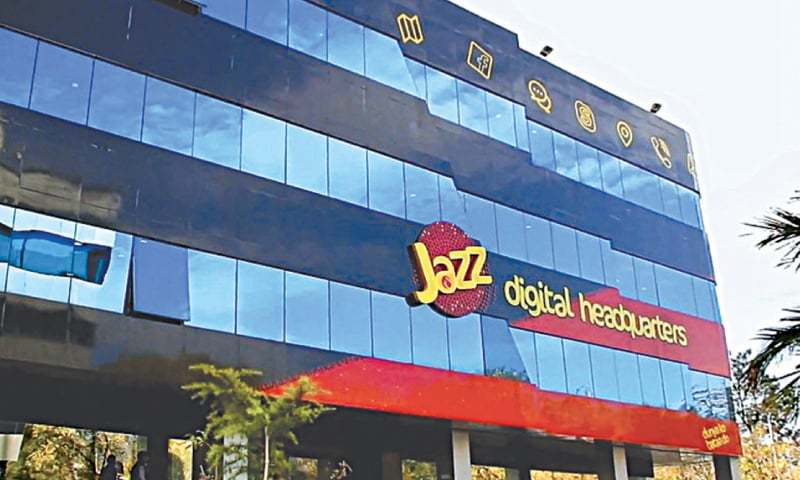 ISLAMABAD: The Federal Board of Revenue’s Large Taxpayer Unit in Islamabad on Wednesday sealed the main business premises of cellular company Jazz, alleging non-payment of Rs25.393 billion income tax for the tax year 2018.

Earlier in the day, a notice was issued to Principal Officers Pakistan Mobile Communication Limited (PMCL) Aamir Hafeez Ibrahim under Section 138(1) of the Income Tax Ordinance 2001 with a deadline to pay arrears of tax by 1300 hours (1:00pm) on October 28.

Jazz spokesperson, Aisha Sarwari, told Dawn that her company “has received a notice from FBR this afternoon. Jazz has made tax submissions based on legal interpretations of the tax owed. We will review and take measures under our legal obligations and will collaborate with all institutions for an early resolution of this issue.”

The case is related to the acquisition of over 13,000 tower assets across the country by Deodar Private Limited, a subsidiary company of PMCL. The Islamabad LTU created the demand for tax as well as surcharge in the tax year 2019.

The company argues that under Section 97 of the Income Tax Ordinance, gain from sale of an asset from a holding company to a subsidiary is not taxable. According to Shabbar Zaidi, who was a partner at Ferguson’s who are Jazz’ auditors, “this section needs to be properly interpreted, some problem has arisen with the understanding of this section.”

Employees from the telecom giant, speaking on condition of anonymity, told Dawn that the FBR teams swarmed into the offices of Jazz moments after serving the notice. “They had been to our banks as well, demanding freezing of all accounts too,” they said.

The LTU issued a recovery notice for payment to PMCL which the company has challenged in the Islamabad High Court (IHC) to stay the recovery exercise, according to Sarwari, adding that the hearing is scheduled for Thursday.

The LTU notice warned that in case of failure strict action can be initiated against the company from attachment and sale of moveable or immoveable property to arrest and detention in person for a period not exceeding six months.

“Tax amount is outstanding against the defaulter while the defaulter is refraining itself deliberately, dishonestly and without lawful excuse to discharge tax liability and thus causing huge loss to the national exchequer,” the LTU Islamabad order said.

The order further said the main office of Jazz in Islamabad will remain sealed till the payment of outstanding dues in full or withdrawal of this order.

“Non-compliance/defiance to this order will be tantamount to obstruction in discharge of functions of an income tax authority and will be punishable on conviction with a fine or imprisonment for a term not exceeding one year or both,” the order further added.