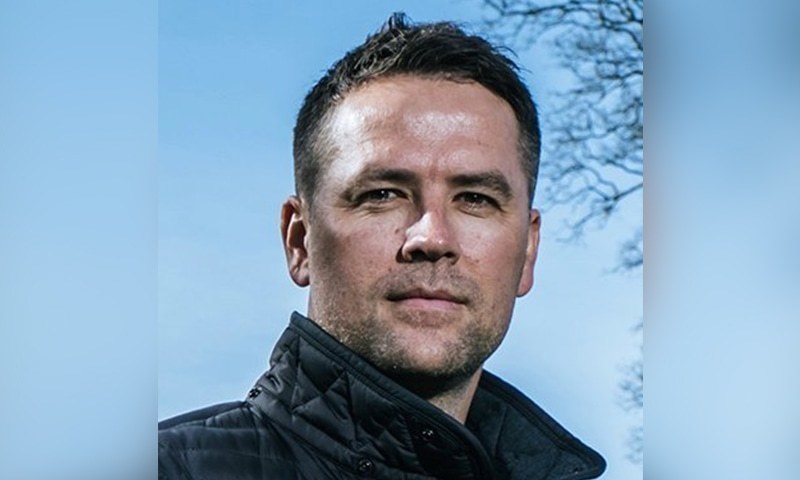 Former English football player Michael Owen has signed a three-year deal to become the official ambassador of the Pakistan Football League (PFL), according to a media release from Global Soccer Ventures (GSV).

It added that he is scheduled to visit Pakistan to conduct a series of football master classes and formally unveil PFL’s logo.

Owen’s “hybrid role” will include creating a global professional gateway for new Pakistani footballers who can adapt to the modern form of the game.

“Pakistan’s football potential is huge and I am excited about identifying untapped talent in a nation of 220 million. I am looking to cross-promote and develop football between UK and Pakistan through the first ever franchise model league — The PFL,” the media release quoted Owen as saying.

Meanwhile, GSV CEO Zabe Khan said he was “pleased” to see the English athlete playing an important role in charting a new era of football for Pakistan. “This is a striking partnership to help Pakistan move the goal posts to international development of football,” he said.

Owen was the “crown jewel of Liverpool”, according to the media release, and also won the Ballon d’Or in 2001.

“Pele hailed Owen as one of the world’s greatest living players in the current era. With his wealth of experience, Owen has embarked on a journey to uncover a new crop of talent and form priceless partnerships to create a player franchise gateway programme,” the media release stated.

Owen began his career with Liverpool FC as a schoolboy and went on to be their top goal scorer from 1997 until he moved to Real Madrid in the summer of 2004. After spending a year in Madrid, he returned to England to join Newcastle United.

In 2009, Owen joined Manchester United on a free transfer and after three years at Old Trafford, he joined Stoke City where he retired at the end of season 2012/2013.

“His rise to glory started when he netted on his senior debut for Liverpool in 1997 against Wimbledon and the young English starlet made his debut for the England senior team in 1998 making Owen the youngest player ever to represent England.”

The statement said a kickoff date and full league schedule would be announced soon.

It added that new franchise teams would soon be awarded for Karachi, Lahore, Quetta, Islamabad, Peshawar and Multan. “[The teams] will see a new era of football taking huge strides to develop football to international standards,” it said.

The Pakistan Football Federation (PFF) led by Ashfaq Hussain Shah had signed a partnership with GSV in August to launch the PFL and upgrade the infrastructure for football in the country.

The press release issued for the announcement had said that the new venture would also entail the construction of a state-of-the-art “flagship” stadium in Karachi.

GSV also roped in some big-hitters to launch the six-team PFL — one of them being former Manchester United International managing director Mike Farnan, who oversaw the club’s growth as a global marketing behemoth near the turn of this century, joining the PFL as its chief operating officer.