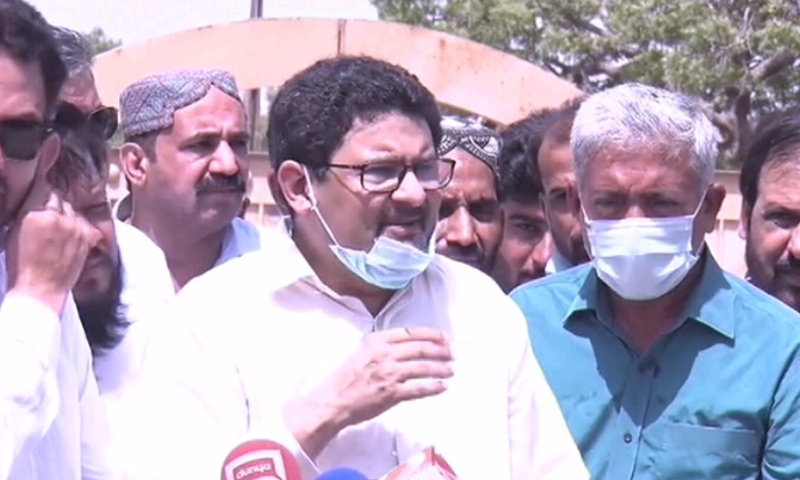 Four political parties — including the PTI, the PML-N, the Muttahida Qaumi Movement (MQM) and the Pak Sarzameen Party (PSP) — announced on Thursday a boycott of the recounting of votes in Karachi’s NA-249 constituency.

The parties accused the returning officer (RO) of failing to provide the Form 45 and Form 46 and breaking the seal of the ballot bag.

Speaking to the media in Karachi, PML-N candidate Miftah Ismail stated that the RO had refused to give the Form 45 and Form 46, adding that a full audit was also refused.

Unused ballots were not counted and signatures weren’t shown either, he claimed. “When we asked why there was no seal on the first ballot bag brought in, we were told that it might have fallen down,” he said.

“I am not boycotting the recount alone. The MQM, the PSP and the PTI have all come out. He stated that one seat made no difference, however, it was a matter of the sanctity of the vote “What problem do they have in correctly counting the votes?”

MQM candidate Muhammad Mursaleen also said that the party had boycotted the recount process and that there was no seal on the ballot bag. “The ballot bag had been tied with a rope.”

A notification from the PTI’s media department stated that the party had also boycotted the recount, adding that the party’s candidate Amjad Iqbal Afridi had submitted his request to the RO.

Meanwhile, Ismail penned a letter to the Chief Election Commissioner (CEC) informing him about the alleged irregularities and called on him to “temporarily halt the exercise immediately until instructions are given to the learned RO to follow the law and precedence and allow for a fair and transparent audit”.

In the letter, a copy of which is available with Dawn.com, he said that the RO was only allowing a recount of “valid” votes and checking of the invalid votes.

“He is insisting on not giving Forms 46, which were not given to us before either, and not letting us examine counterfoils or unused ballots,” the PML-N candidate said in the letter, adding that “almost all parties had boycotted the recount due to this attitude”.

“There is no precedent of recounting, not including the counting of used ballots or the checking of Forms 46 or of counterfoil signatures or seals.”

He added that the first bag opened by the RO didn’t have a seal on it and further claimed that according to a PSP representative, most of the 25 bags brought into the room by the RO’s team didn’t have seals .

“Section 90(13) mandates the provision of Forms 46. Section 100 of the Election Act, 2017 provides the right to examine all election material maintained by ECP/RO in terms of Section 99,” he said.

“Defeat has become the destiny of the PML-N,” he said, adding that lies were being spoken. “When recounting is happening another Form 46 will be made,” he said.

Mandokhail said the ECP’s decision was accepted on the instructions of PPP Chairman Bilawal Bhutto-Zardari and it hadn’t been appealed. “We are here since 7am, we have been victorious. The ECP has failed.”

Mandokhail had won the NA-249 by-election in Karachi by a small margin after securing 16,156 votes, according to the provisional results released on Friday while Ismail had come in second with 15,473 votes.

The PML-N and the PTI had cried foul and subsequently rejected the results.

The ECP had accepted Ismail’s application for a recount on Saturday.

“The margin of victory is less than five per cent of the total votes polled in the constituency or 10,000 votes whichever is less in accordance with the provisions of Section 95 (5) of the (Elections) Act. The Commission is satisfied that prima facie case exists for intervention, and therefore stay the consolidation process,” the ECP had said in its order while accepting Ismail’s application.

On Sunday, Ismail submitted an application to the chief election commissioner asking him to place election material, including ballot papers, under the supervision of the Army or Rangers.