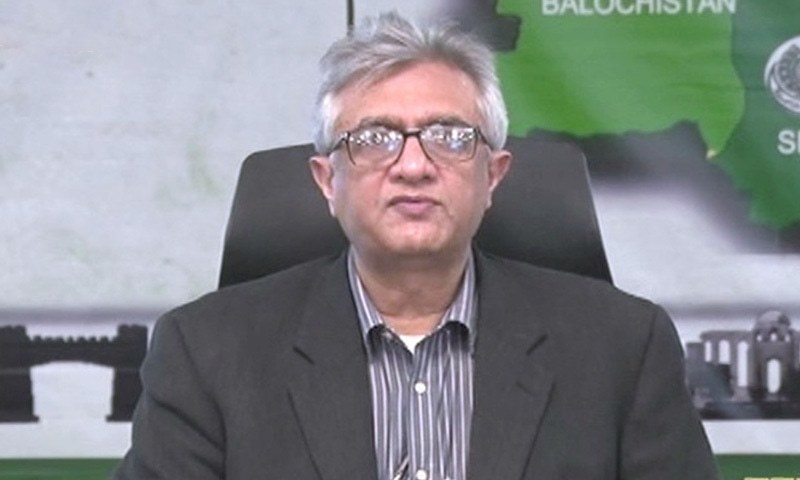 Special Assistant to the Prime Minister (SAPM) on Health Dr Faisal Sultan on Wednesday expressed confidence in the government’s ability to procure at least one million doses of coronavirus vaccines by March, saying it ultimately aimed to inoculate 70 per cent of the country’s population against the virus.

Addressing a press conference in Islamabad, he spoke about the two vaccines that have already been approved by the Drug Regulatory Authority of Pakistan (Drap) — one manufactured by China’s Sinopharm and the Oxford-AstraZeneca vaccine.

“We are in the advanced stage of discussion for procurement with two companies: Sinopharm and Cansino. Sinopharm’s vaccine is the one you have heard about being used in several countries including the UAE. It has an efficacy of 80 per cent and in some places, 85pc efficacy has also been reported.

“The phase 3 trials of Cansino’s vaccine are being conducted in Pakistan and they are near completion. Their results will come forward soon,” Dr Sultan said.

The candidate, known as Ad5-nCoV or Convidecia, which CanSinoBIO is jointly developing with a research institute backed by the Chinese military, is among the five vaccines China has moved into Phase 3 clinical trials to test their efficacy.

Giving further information about the trials, he said 17,500 people participated in them and three out of five centres where they were conducted had completed the process whereas two centres were in the final stage of the trial.

“Besides this, the [vaccine’s] interim analysis has started and we are hopeful of receiving the initial results by February. We are entitled to receive 20m doses [of Cansino’s vaccine] provided the results are positive and the vaccine proves to be effective.”

In addition to these bilateral arrangements, the SAPM said, the country will also receive vaccines through Covax, an international alliance that has pledged free vaccines for 20pc population of around 190 countries, including Pakistan.

“Along with these efforts, it was necessary to reach out to the governments of other countries. We have remained in contact with the Chinese government and have held discussions with them. We are going towards a positive outcome,” he emphasised.

“Today, we also met the British ambassador and I believe we will be able to give you better news [in this regard]. The overall status is that we hope to be able to provide one million doses of the vaccine in the first quarter of the year that ends on March 31. We believe that we will obtain more vaccines.”

Elaborating on the government’s targets, Dr Sultan said the country had a population of 220m people out of which approximately 120m were under 18 years of age. “The vaccine has been approved only for those above 18 years old. We think we can achieve immunity if we provide the vaccine to 70pc of our [vaccinable] population.”

The SAPM said in order to achieve the target of vaccinating 70pc of the population, it was important to prepare the supply chain system in addition to procuring shots.

“Our Expanded Programme of Immunisation [staff] has the training and methods to do it. Our national campaign will be run through EPI and they will store the vaccines. They have reviewed and strengthened their cold chain and they can further expand it as well. We are capable of vaccinating our entire population.”

Dr Sultan said it was also important to upgrade the information system because the vaccine would only be provided to the adult population of the country.

In the first phase, front line health workers and people aged 65 and above would be vaccinated, he said, adding that a software had been developed for the vaccination drive.

The vaccines provided by the government will be free of cost, Dr Sultan said.

Responding to a question, the SAPM said there was “no restriction” on any company trying to import the vaccine.

“We have expedited the registration process to make it easy. Two vaccines have been approved by Drap. Any party that wants to procure the vaccine privately can go ahead and do it,” he added.