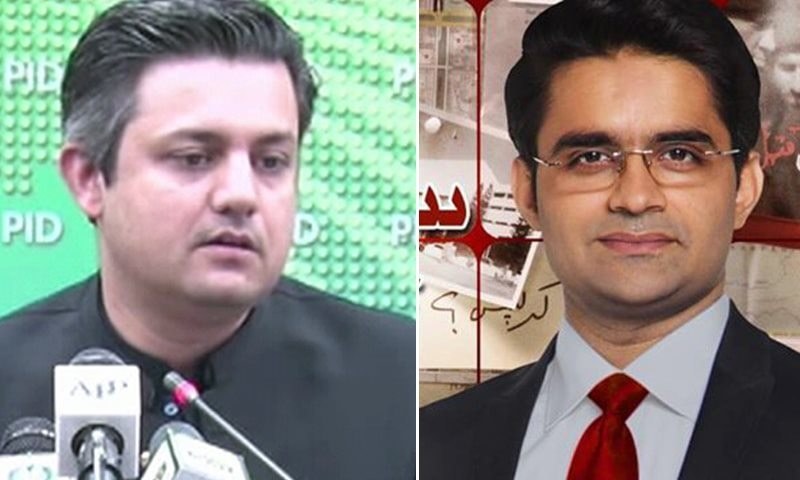 While some lauded the minister for keeping calm, others praised Khanzada for relentlessly questioning Azhar.

Twitter is divided after journalist Shahzeb Khanzada and Energy Minister Hammad Azhar went head to head over the country’s power sector woes. While some lauded the minister for keeping calm and schooling the anchor, others praised Khanzada for sticking to the facts and relentlessly questioning Azhar.

The whole controversy started after Khanzada invited the minister on his show Aaj Shahzeb Khanzada Kay Sath to discuss a recent report by the National Electric Power Regulatory Authority (Nepra) on the issues plaguing the power sector and the impending gas crisis.

The back and forth between the two had started well before the programme aired. In a show aired last week on Friday, Khanzada had referred to data from Nepra’s State of Industry Report 2020-21 and questioned the government’s delay in purchasing liquefied natural gas (LNG).

The minister had responded on Twitter, blasting the show’s segment for misreporting due to “a lack of knowledge”.

An incensed Azhar, in response to the story, had said: “Mr Khanzada, it’s not the Nepra report that raises questions but your understanding of the energy sector. Time to face facts tonight at your own show. And stop using your group’s newspaper to cover you up with one sided news items.”

From the beginning of the interview — which aired on Monday night — the two were constantly going back and forth about the segment from last week’s show and the Nepra report.

The minister insisted that the government had ordered LNG in a timely manner and that the merit order was not violated. He said that the Nepra report was not about LNG, but was regarding load balancing.

However, Khanzada again pointed to the report and highlighted how the regulator could not get the required volume of fuel despite conveying its demand to the quarters concerned.

As the two squabbled on air, the minister at one point told Khanzada to “calm down”. As the show progressed, it became difficult to hear either of the men as they spoke over one another — which more or less continued till the end of the show.

The men also squabbled over technical difficulties during the show, which led the minister to comment: “Shahzeb, today the viewers, not me, will decide about your conduct.”

Lawyer Ahmad Pansota said that while he respected Khanzada as an anchor, the minister had proven his case “really well”.

“Khanzada should have shown magnanimity and should have accepted his mistake. We can all be wrong.”

“Shahzeb kept reading the Nepra report [while] Hammad insisted to comprehend the context of the report. The difference was a lack of research. The anchor’s job was not to get emotional, rather to listen the other side’s perspective.”

Special Assistant to the Prime Minister on Political Communication Dr Shahbaz Gill also jumped in to defend Azhar and said that Khanzada had been caught red-handed telling lies. “The whole world knows who owns your remote control.”

The PM’s aide also shared a poll on Twitter asking the public to choose the reason for Khanzada’s apparent discomfort during the show.

Azhar Mashwani, the Punjab chief minister’s focal person for digital media, pointed out how Azhar had constantly reiterated during the show that the Nepra report was about load balancing when plants are operated out of turn.

“Azhar had potential but with such abysmal economic performance of the PTI govt, he went from a rising star to a grotty spin doctor while Khanzada retains his place as a top journalist,” he said.

TV host Shafaat Ali shared a clip from the show and noted the exchange between the two. “Shahzeb: Nepra say this. Hammad: leave that and listen to me. What is this?”