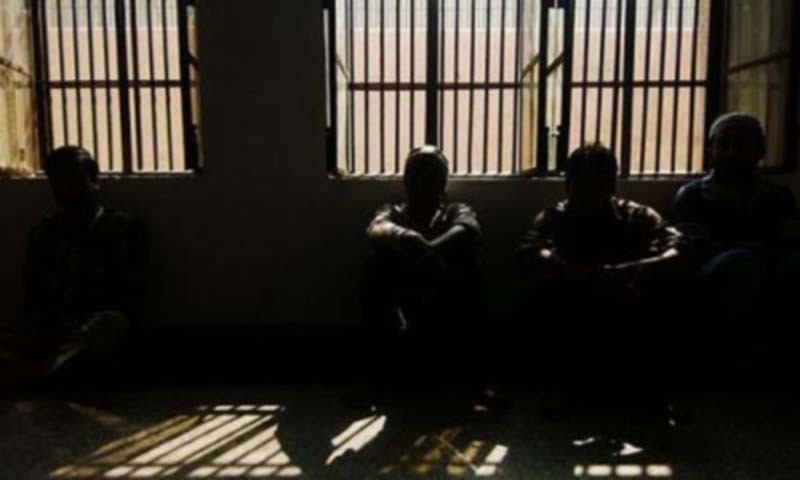 One person was killed and two others injured late on Wednesday night after highway police opened fire at their car when they allegedly refused to pull over in the Dijikot area of Faisalabad, officials said.

According to a statement from the Faisalabad city police officer (CPO), Punjab Highway Patrol (PHP) Assistant Sub-Inspector (ASI) Shahid Manzoor tried to stop a black Toyota Corolla driving on the Samundari Road on the night of Jan 20. There were four people inside the car, the statement said.

When the car did not stop, the highway police officials chased it and fired shots at it, the statement said, adding that when the car reached Pharala village, the people inside disembarked and started running.

“It was found out the driver of the car, Mohammad Waqas Ahmed, was injured as a result of the firing. He was immediately shifted to hospital where he [died].”

It further said that a highway police officer and local police officials “immediately” started an inquiry into the incident and upon initial investigation, they found that the highway policemen had committed “excesses and acted beyond the call of duty”.

“There was no justification of firing at unarmed innocent people,” the police statement said.

The officials involved in the incident have been arrested and a first information report (FIR) has been registered against them.

According to the FIR, a copy of which is available with Dawn.com, the occupants of the car were going towards their village from Faisalabad around 9pm in the night when they saw the four highway police officials – identified as ASI Shahid Manzoor, Ghulam Dastagir, Usman Hameed and Mohsin Sufyan – who signalled them to stop.

“Muhammad Waqas Ahmed who was driving the car stopped it but unfortunately the tyre of the car touched the foot of the ASI upon which he got angry and he started abusing and threatening [us]. When Ahmed tried to protest against [the abuses and threats], they pointed their guns towards [us].

“We got scared and to save our lives, sped the car away from the scene,” the complainant, who was one of the occupants of the car, stated in the FIR.

“They illegally chased us. The driver sped the car away [eventually] stopping at the bazaar near Pharala and tried to run away.”

The police car chasing them also reached the scene, according to the FIR, and upon seeing the police, Ahmed put his hands in the air but the ASI said “show them the consequences of fleeing” and one of the PHP officials then fired at Ahmed “with the intention to kill”.

“The [bullet] hit Ahmed in the stomach and he fell to the ground but the officials kept punching and kicking him. Upon our noise, a witness arrived at the scene [but] the officials fired in the air and spread terror. [Ahmed] died on the spot,” according to the complainant.

“We were taken out of the car at gunpoint. The nominated [then] put Ahmed’s body in the car and fled.”

Meanwhile, the Faisalabad CPO said in a video message that the incident was “very saddening” and the officials had fired at the car in an “unwanted and unnecessary manner”.

“It was a very saddening incident. There is no justification for the police chasing and firing in this way. As soon as the matter came to notice, I conducted a fact-finding inquiry and within 30-45 minutes, these highway police officials were not only arrested but an FIR was also registered against them under Section 302 (punishment for murder) [of the Pakistan Penal Code].”

The CPO said an “objective inquiry” would be conducted into the incident and offered condolences to the relatives of the deceased. He also assured them that a high-level committee under the Faisalabad SP investigation had been formed.

“Nobody is above the law. Even if they are policemen, if they commit excesses, the same laws will be applicable to them as to any ordinary citizen,” he added.

Earlier this month, five officials of Islamabad’s Counter Terrorism Force were arrested for the murder of 22-year-old man Osama Satti in the capital.

According to the first information report of the incident, registered on the complaint of the deceased’s father, Nadeem Younis Satti, at the capital’s Ramna police station, Osama received multiple bullet wounds and died on the spot after police opened fire at his car on Kashmir Highway.

He further claimed that the policemen had shot dead his son “brutally” over a mere exchange of words the previous day after which they had threatened his son. “My son lost his life due to an ordinary exchange of terse words,” Satti said in the FIR, adding that his son had told him about the verbal altercation after it had happened.

Police, on the other hand, said the incident was a case of “misunderstanding”.

However, the judicial inquiry into the killing found flaws in the police’s account of the incident, saying the unarmed youth was murdered and recommended the removal of half a dozen officials from their present posts to prevent them from influencing the investigation.