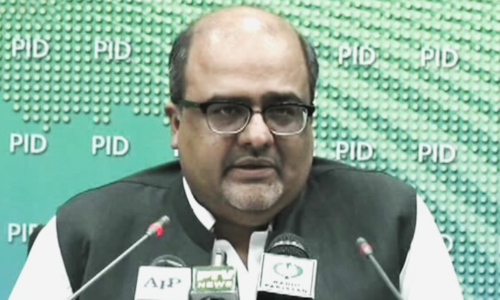 The Islamabad High Court (IHC) on Monday directed prime minister’s adviser Mirza Shahzad Akbar to prepare a report on the poor standard of the city police’s investigation process and present it to the premier within two weeks.

The court also directed Akbar to submit a detailed report on the matter in the IHC within three weeks.

The court was hearing a petition filed by the mother of Securities and Exchange Commission of Pakistan (SECP) Joint Director Sajid Gondal that sought recovery of her son from “unknown” abductors when the SECP official had gone missing earlier this month.

Justice Minallah told Akbar that despite a court ruling, there was no prosecution branch in Islamabad. The judge said that the capital should have been a “model city”, adding that the “standard of police investigation is extremely poor”.

“Go to a katcheri and see how courts are operating, no one has paid any attention towards it,” Justice Minallah told Akbar.

The IHC top judge said that Akbar was among the five people who had been appointed by the prime minister as advisers and who had his trust.

“Tell the prime minister that the rights of a layman are being trampled upon,” Justice Minallah said.

Akbar said that the matter of missing persons had been brought to the cabinet’s notice and a sub-committee has been formed. The recommendations will be sent to the cabinet, he added.

“This is an ongoing issue,” Akbar told the court, agreeing that there should be an independent prosecution branch in the capital.

The petitioner’s counsel Barrister Jahangir Jadoon told the court that Gondal has returned and also recorded a statement before the magistrate. He added that authorities have yet to ascertain who was behind Gondal’s disappearance.

The judge said that the court could not comment on who was responsible for Gondal’s disappearance as the matter was being investigated by authorities.

“This is a matter under investigation, the law will take its own course,” IHC Chief Justice Athar Minallah remarked.

The hearing was adjourned until October 19.

Gondal had gone missing earlier this month and his car was found from Park Road the next morning. His wife had submitted a complaint of the incident in the Shahzad Town police station, expressing suspicion that her husband had been “kidnapped by unidentified persons”. She urged the police to ensure his return, adding that the family “did not have any enmity”. Until that time, police did not lodge an FIR.

The next day, Gondal’s mother filed a habeas corpus petition in the IHC.