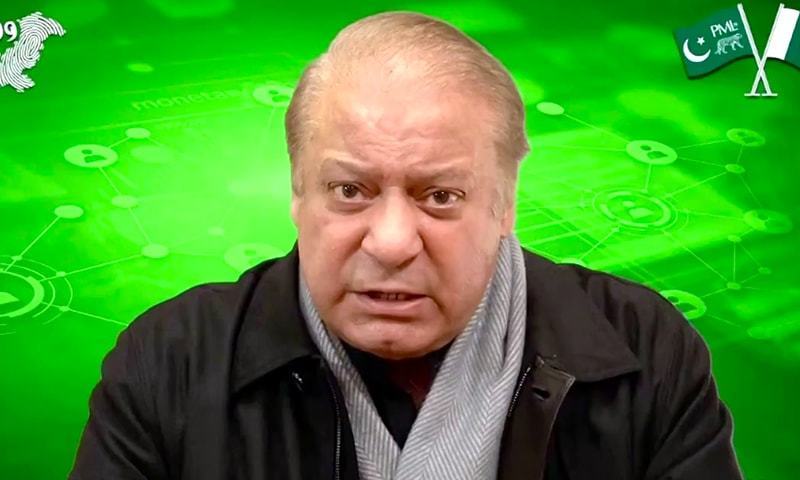 PML-N supremo Nawaz Sharif said on Friday that an investigation into the alleged rigging in the NA-75 (Daska) by-polls was more important than the upcoming re-election in the entire constituency on March 18.

The Election Commission of Pakistan (ECP) on Thursday, while hearing an application by PML-N candidate Syeda Nosheen Iftikhar, declared the by-poll held in the constituency on February 19 as null and void after suspicions that the results may have been falsified. A five-member commission, headed by the chief election commissioner, announced the decision and ordered for fresh elections to be held in Daska on March 18.

The order, issued by the ECP under Article 218 (3) of the Constitution and Article 19 (1) of the Election Act, 2017, noted that “on the day of the election, chaos was spread in the entire constituency.”

Additionally, the ECP ordered the Establishment Division to suspend Sialkot’s deputy commissioner and district police officer as well as the Daska assistant commissioner, a press release issued by the commission said. It would be decided later if the ECP itself would take action against the officials or the government, it added.

In a live video stream shared from his Twitter account on Friday evening, Nawaz said that “it should be investigated who did this conspiracy and when and where was it prepared,” said Nawaz.

He said it was surprising that so many people, from the likes of the Punjab chief secretary and inspector general of police to the deputy commissioner, DSP and “the army of other government officials”, were all part of the conspiracy. “Who made them stand in one line?”

“It is much more necessary to get to the bottom of this investigation than the by-election in Daska on March 18.”

Nawaz said that the series events in the Daska by-polls had “lifted the curtain from many secrets” and were “evidence” that rigging had occurred in the 2018 general elections.

“I have already told you that when election results stop coming in and there is a delay […] then understand that your vote is being stolen somewhere and put into another box.”

Nawaz said those elements that contravened the Constitution and attempted to steal the nation’s mandate and votes needed to be “eradicated” and he would not rest until it was done. “This is my promise to the nation and I also want you to promise that you won’t rest until these vote chor (thieves) are removed from the country.”

“Our request is that the nation sees implementation on these punishments as soon as possible.”