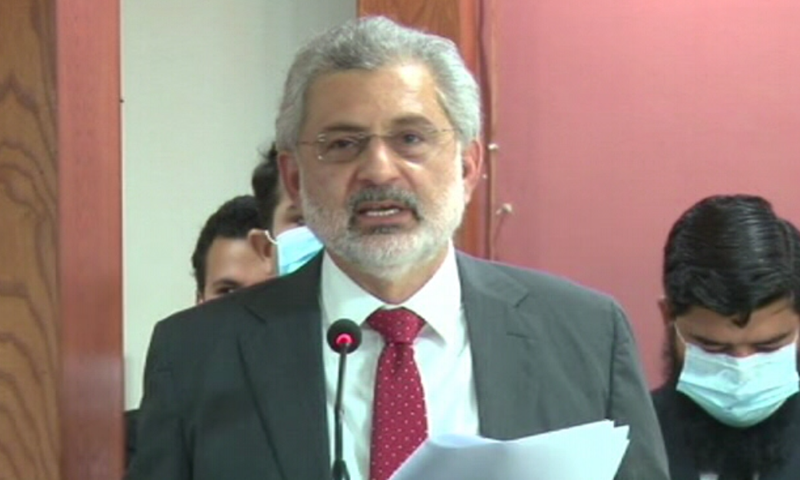 ISLAMABAD: Justice Qazi Faez Isa has said that heads of the country’s top revenue collection agency were removed for not succumbing to pressure over a case against his wife Sarina Isa in connection with her offshore properties.

In a reply submitted to the 10-judge bench of the Supreme Court hearing a set of review petitions, Justice Isa recalls that on June 19, 2020, the Supreme Court directed the Federal Board of Revenue’s (FBR) chairman to submit a report to the secretary of the Supreme Judicial Council (SJC) on the off-shore properties.

He says “immediately after the order was announced Ms Nausheen Javaid Amjad was removed from the position of chairperson FBR to which she had been appointed less than four months earlier” in violation of the law and directives of the Supreme Court in Anita Turab case.

Moreover, the government decided to run the FBR through makeshift arrangements by giving additional charge of FBR chairman to Mohammad Javed Ghani, Justice Isa says. “Sadly this important position was subjugated for petty self-interest and the institution of FBR destroyed.”

The reply says that “the temporarily selected chairman of FBR submitted a report to the secretary SJC (Supreme Judicial Council) behind the petitioner and Mrs Sarina Isa’s back”.

Mrs Isa on April 20 had objected to the report being made part of judicial record, terming it a violation of her fundamental right to privacy.

Justice Isa says FBR chairman Mohammad Jahanzeb Khan was illegally removed from his post because he did not comply with Special Assistant to the Prime Minister Mirza Shahzad Akbar’s directive to authorise the probe against Mrs Isa.

Discussing the presidential reference filed against him, Justice Isa says the reference was filed when he was on leave and alleged that the SJC took up the reference when the Supreme Court itself was on summer vacations while no other pending reference was taken up.

“The Presidential Reference was immediately released to the media controlled by the official respondents and they and the army of social media trolls at their disposal were unleashed to attack the petitioner and his family with half-truths and downright lies. However, the petitioner (Justice Isa) was not provided the copy despite writing three letters to the President,” says Justice Isa. He says he was not given a fair trial as the SJC consistently overruled his objections to the reference and subsequent proceedings. Even the attorney general was heard twice behind his back, he adds.

Justice Isa criticised FBR Commis­sioner Zulfiqar Ahmed for proceeding in haste against his wife even though she had informed him that she had filed a review petition against the order.

Justice Isa has also criticised Special Representative to the Prime Minister on Religious Harmony Hafiz Tahir Ashrafi for indulging in propaganda against him over a lecture the judge had delivered at the Islamabad High Court Bar Association.

In a letter written to Mr Ashrafi, Justice Isa expressed surprise as to why the former wrote a letter to the chief justice of Pakistan asking him to censure the judge and seeking his resignation. Justice Isa said it would have been better had the cleric provided him a copy of letter.