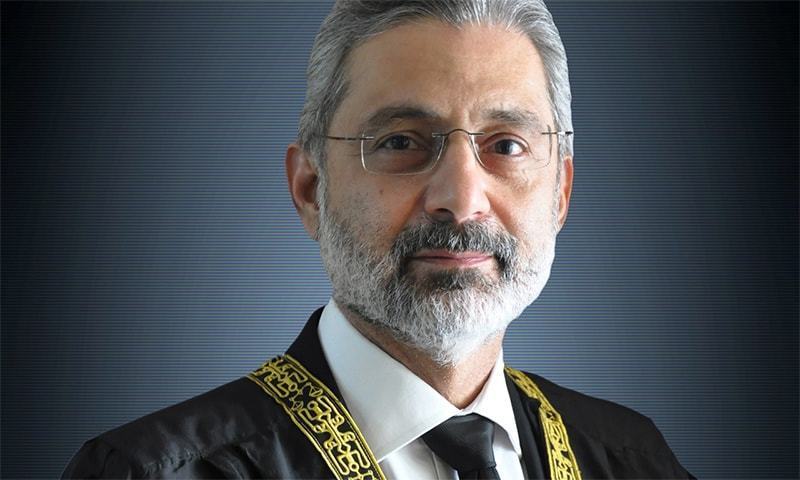 ISLAMABAD: The wife of Supreme Court judge Justice Qazi Faez Isa has refused to accept a tax liability of Rs35 million, as declared by the Federal Board of Revenue (FBR).

In a statement issued on Friday in response to an FBR letter, she said she was being “condemned unheard” and therefore intended to file an appeal against the order.

Sarena Isa alleged in her letter that a “team of Prime Minister Imran Khan” — comprising Law Minister Farogh Naseem, adviser on accountability and interior Mirza Shahzad Akbar, former attorney general Anwar Mansoor Khan, Mohammad Ashfaq Ahmed and Zulfiqar Ahmed from a “non-independent FBR” as well as the complainant — fabricated a false case against her in connivance with each other.

She said that “Mr Akbar set up and chaired a private organisation, the Assets Recovery Unit (ARU), and appointed a government servant, Ashfaq Ahmed, as its member. These gentlemen directed FBR’s Zulfiqar Ahmed to prepare a report, which he did, against my husband and me in a day”.

She went on to declare that Nausheen Amjad, the chairperson of FBR, was replaced and a chosen officer appointed instead. This was done on July 4, 2020, or immediately after the Supreme Court had issued its order on June 19.

“However, the new selected chairman was temporarily appointed for the duration of my case; something which had never happened before,” Mrs Isa said.

Her statement pointed out that “of all the commissioners in FBR the one selected by Mr Imran Khan’s team was Mr Zulfiqar Ahmed, a gentleman who had already given his opinion against my husband and me on May 10, 2019”.

She said the officer did not have legal jurisdiction nor territorial jurisdiction in her case because her returns had always been filed in Karachi. Only a Karachi-based official could look into her tax affairs.

“Mr Zulfiqar Ahmed has now come up with a 164-page order dated September 14, 2020 and created an artificial tax liability of over Rs35 million. I don’t even know if he wrote the order himself,” her statement said.

Citing the FBR order, she said the officer even mentioned that “I refused the delivery of notice on June 25, 2020, the day my father died, and in order to humiliate my husband he also addressed the notice to Justice Isa’s official residence”.

She said that attempts were even made to intimidate the tax consultant whom she had contacted.

She also claimed that death threats were hurled at her husband that were “unlikely to be a mere coincidence”.

The government on its own should have registered an FIR against the terrorist who had vowed to murder a Supreme Court judge, she said, but it looked the other way. “I had to go myself to the police station with a written complaint,” she added.

According to her statement, the police did nothing and the matter was referred to the Federal Investigation Agency without her knowledge. The chief Justice, however, took notice and proceeded in the matter.

In her letter, Mrs Isa also said the FBR order was passed even though she had not been heard even once. “Mr Zulfiqar Ahmed does not say whether he decides all cases without hearing the taxpayers or this special treatment is for a taxpayer who happens to be married to a judge, one who Mr Imran Khan’s government is desperate to remove.”

The statement declared that she intended to file an appeal against the FBR order because it ignored all the material facts produced before him during the course of inquiry.