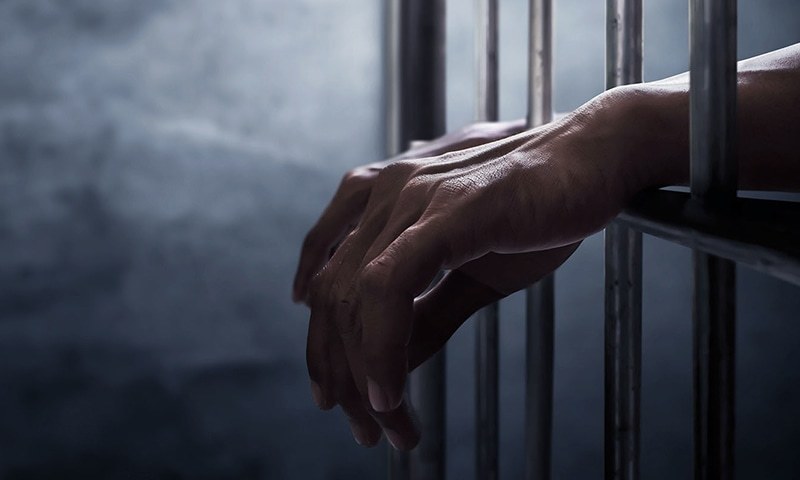 A Karachi court awarded on Thursday 12 years imprisonment to a man and imposed a fine of over Rs3 million for harassing his ex-wife online.

Arshad Hadi was found guilty of creating a fake account on Facebook and posting his ex-wife’s “indecent pictures and videos” in 2016.

District and sessions’ judge (East) Khalid Hussain Shahani announced the verdict, which had earlier been reserved, after recording evidence and final arguments from both sides.

According to the prosecution, the complainant stated that his daughter was married to Arshad Hadi, but their marital bond was dissolved owing to his “sub-human inimical activities”. He added that the accused had taken some indecent pictures and videos of his ex-wife under threat of assault and murder with ulterior motives to blackmail her.

The couple had been living in Dubai, where the victim had obtained khulla (divorce) from Sharjah’s Shariah Court. Later, she had also lodged a harassment complaint against him, but it was resolved through a “compromise”.

The victim, in her statement, said she left Dubai for Karachi on March 9, 2016, where her ex-husband also reached and took her to a house in Malir Halt, where he forcibly recorded her indecent videos and sent the same to the victim’s father and sister from a fake ID on Facebook when he came to know that she was re-marrying.

The victim informed the court that she was studying in grade 10 at a school in Karachi where the accused was working as teacher and it was at that time when they formed an acquaintance. Later, she got married to someone else, but after some years, separated from her husband with whom she had three children.

She said the accused also visited her house with his wife and children, when he proposed her for marriage which she accepted and then went to live with him in Sharjah after marriage.

She alleged that during their stay in the gulf state, she started a job at an advertising agency, when Hadi had lost his job and started physically torturing her to force her to get money from her family in Pakistan to pay his loans running in excess of 120,000 Dirhams.

The victim said the accused also got transferred in his name a house, which was given to her by her family in Karachi.

Special public prosecutor Zakir Hussain contended that the FIA team traced and arrested the accused from his apartment through information received from the management of Facebook. He said the accused had admitted that the Facebook ID was in his use through which he was sending vulgar and illicit messages.

He said that the investigators seized a laptop, a mobile phone, a tablet, and an internet device and successfully recovered the data from these devices.

During the course of investigation, the investigating officer recorded the statements of the witnesses and also obtained a report of the forensic analysis (USB containing 27 files) of the seized devices and filed a charge-sheet against him.

In his statement recorded under the Section 342 of the Criminal Procedure Code, the accused denied the allegations and claimed innocence.

The defence counsel argued that the alleged offence took place in Sharjah, which was beyond the territorial jurisdiction of the incumbent court, while his clients had already been tried in a court in Sharjah, therefore registering a case against him in Pakistan amounts to double jeopardy as provided under Section 403 of the Criminal Procedure Code and Article 13 of the Constitution.

The judge overruled such an assertion, observing that any offence committed by any citizen of Pakistan at any place without and beyond the limits of Pakistan would be treated as if that same had been committed within the territory of Pakistan, as provided under Section 188 of the CrPC.

The judge noted that the prosecution had successfully proved its case against the accused beyond any shadow of reasonable doubt.

He observed: “Even otherwise, such type of offence is universal in nature being accessible globally through social media. Such prima facie suggests that, the very purpose of the accused was to malign and degrade the victim within and outside Pakistan, as she was working at Sharjah, Dubai.”

The court awarded five years imprisonment and imposed a fine of Rs3 million on him for committing an offence punishable under Section 21 (offences against modesty of a natural person and minor) of the Prevention of Electronic Crimes Act, 2016.

The court also awarded five years imprisonment to him and imposed a fine of Rs50,000 for the offence punishable under Section 419 (punishment for cheating by personation) of the Pakistan Penal Code.

The court further handed down a two-year prison sentence and imposed a fine of Rs25,000 on him for an offence punishable under the Section 500 (punishment for defamation) of the PPC.

On default, the convict would undergo a collective additional imprisonment for six months. However, all the sentences shall run concurrently.

The accused, who was present in the court on bail, was arrested and sent to prison to serve his sentences.