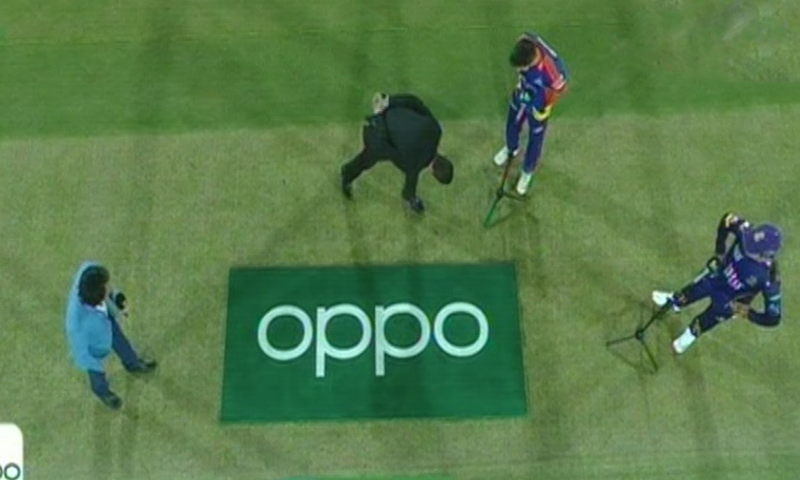 Karachi Kings were 58-1 at the end of five overs in pursuit of their 122-run target against the Quetta Gladiators in the opening match of the sixth edition of the Pakistan Super League (PSL) at Karachi’s National Stadium on Saturday.

The Kings lost Sharjeel Khan in the first over for lbw. However, they quickly added runs to the scoreboard courtesy of Joe Clarke, who scored 46.

The Gladiators scored 121 runs in 19.2 overs. The Kings started off strong by dismissing both Sarfaraz Ahmed and Tom Banton. Banton managed only five runs before being sent back to the pavilion in the first over. Sarfaraz fell in the second over, claiming only seven runs.

Saim Ayub, who made his T20 debut, fell in the eighth over, adding an equal number of runs to the scoreboard. Chris Gayle, dubbed the “T20 superstar”, met his downfall in the ninth over. Gayle scored 39 runs.

Mohammad Nawaz was run out in the eleventh over while Azam Khan was sent to the pavilion in thirteenth over. Ben Cutting followed suit, adding 11 runs to the scoreboard.

Earlier, the Kings had won the toss and opted to field first. Speaking after the toss, Karachi captain Imad Wasim said: “It’s a very good wicket and it’s going to hold so we hope to chase down what we’re set.

“Chris Gayle is a T20 superstar but we have certain plans for him and we’re confident we can execute our plans,” he added.