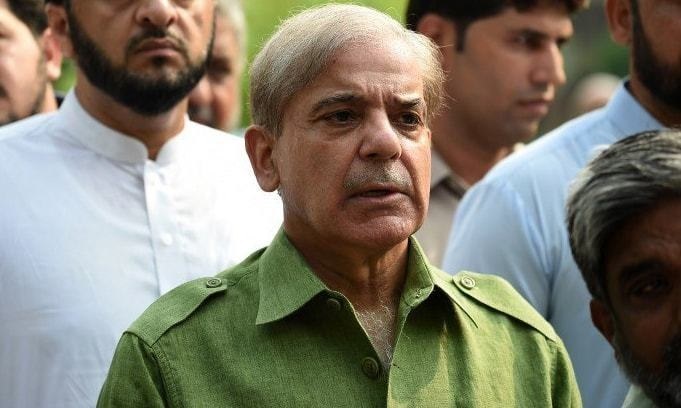 The Lahore High Court (LHC) on Friday issued an interim order, granting conditional permission to Leader of the Opposition in the National Assembly and PML-N President Shehbaz Sharif to travel abroad once for medical treatment.

Presiding over the hearing of Shehbaz’s petition for the removal of his name from the travel black list, Justice Ali Baqar Najafi also directed the government and the Federal Investigation Agency along with the director-general of Immigrations and Passport (HQ) to submit a report to the court on or before the next hearing.

“Dispensation sought for is allowed subject to all just and legal exceptions.

“Keeping in view the past conduct and travel history, the fact that name of the petitioner is not in Exit Control List (ECL) at the moment, the name of the petitioner in blacklist, if already placed, will not stop the petitioner from one-time visit to UK from May 8, 2021, to July 3, 2021 for his medical checkup as per his personal commitment made before this court,” said the interim order, a copy of which is available with Dawn.com.

Responding to the development, Federal Minister for Information and Broadcasting Fawad Chaudhry tweeted that Shehbaz had submitted a guarantee for PML-N supremo Nawaz Sharif when he was going abroad.

“Now instead of issuing notice to Shehbaz for giving a fake guarantee [and] recalling Nawaz, Shehbaz himself is being sent abroad.”

Shehbaz had approached the LHC a day earlier to challenge the placement of his name on a travel blacklist/no-fly list and seek one-time permission to go abroad for medical treatment.

In the petition, filed through advocates Azam Nazir Tarar and Amjad Pervez, the opposition leader, who is on bail in multiple references of the National Accountability Bureau (NAB), contended that the government had previously placed him on the ECL. However, the LHC had suspended the government’s act, giving him one-time permission to travel to the United Kingdom for medical check-up in 2019.

The petition argued that the right to travel abroad was encapsulated in freedom of movement enshrined in Article 15 of the Constitution, which was subject to reasonable restrictions imposed by the law in the public interest. It said the impugned act of the respondents, after the removal of the petitioner’s name from the ECL by the court, showed malicious intentions.

He informed the court that Shehbaz had already booked an appointment with a doctor in the UK for a check-up and his flight was booked for tomorrow.

“Is Shehbaz Sharif’s name on any blacklist?” Justice Najafi inquired from Deputy Attorney General (DAG) Rana Abdul Shakoor who responded that the request had been based on an assumption and he couldn’t assist the court without taking further instructions.

The court summoned Shehbaz and asked where he was, to which his counsel, Pervez, responded that he was in Lahore. Justice Najafi questioned why Shehbaz hadn’t bought a return ticket. “Due to the coronavirus, it is not possible to get a return ticket immediately,” said his lawyer, adding, “If the court wants the time of return to be fixed, then [he is] ready to give assurance in this regard.”

At this point, Shehbaz reached the court, along with PML-N spokesperson Maryam Aurangzeb and Ata Tarar.

The DAG said that no emergency was indicated in Shehbaz’s health condition and a doctor’s appointment could be made online as well. He added that the quarantine was of 14 days and he had never heard of a 10-day quarantine period.

“The doctor’s appointment story is unbelievable,” he said. “Shehbaz made claims of making so many medical projects. Get your treatment done over here.”

“It was asked whether the name is on the blacklist,” said Justice Najafi, further asking that what were the reservations of the federal government on an individual whose name wasn’t in the ECL. “Do you think Shehbaz Sharif will not return?”

“Does the federal government need any guarantee? The applicant has already left the country before and returned,” he stated.

The DAG responded that some time was needed since people had gone on holiday. He read out Shehbaz’s affidavit to go to the UK with Nawaz and stated the conditions that had been part of it to which he was told that case was not about the latter.

“Shehbaz is the main accused in the money laundering case and witness statements are being recorded,” he said and was asked whether court proceedings would be affected by Shehbaz going abroad.

Justice Najafi then questioned the PML-N president: “What is your emergency to go abroad?”

“I have been a cancer patient. It was treated in New York and London,” said Shehbaz, adding that he had been told to get regular check-ups from the doctor in UK. “The treatment was stalled due to being in jail.”

He added that in light of the medical test report conducted in jail, there was need for immediate treatment. “My name was included in the blacklist, am I anti-state?”

The judge questioned Shehbaz when he planned to return, to which he replied: “As soon as the doctors say after the treatment I will come back immediately,” adding, “I have never run away from court before.”

Justice Najafi questioned whether Shehbaz could provide any guarantee of his return, to which he responded that he had returned immediately after seeing his mother who had passed away in London.

“I am a son of this earth. I want to remain healthy for service to this country.”