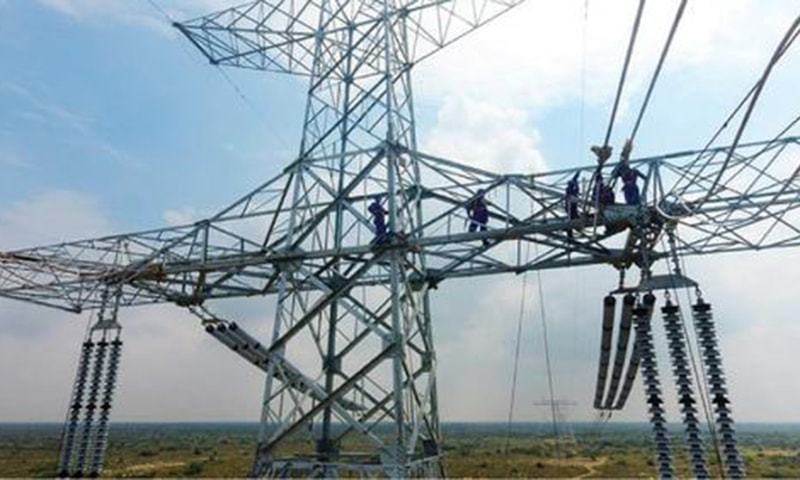 Hasilpur: Hardware installation work at the Matiari-Lahore transmission line is in final stage in Bahawalpur district. The $1.68bn project is the first HVDC project in the country and the second in the world.—Dawn

The project, launched under the China-Pakistan Economic Corridor, has now officially entered the testing and commissioning phase that is likely to complete by December this year, Dawn has learnt.

“We have completed all major works (civil, electrical, mechanical, erection etc) of the 886km transmission line. After completion, the project has officially entered a new stage of energised DC (direct current) commissioning,” Mr. Wang Bo, Deputy CEO of Pak Matiari-Lahore Transmission Company, which is responsible for the construction and operation of the project, told Dawn.

“Within a week of the completion of the transmission line, we have also completed the commissioning of the Lahore Converter Station/DC system (energising amid achieving of 660kV voltages) built near Lahore, marking the beginning of a new era of DC transmission in Pakistan’s power industry. This is a remarkable achievement,” he added.

“Moreover, the converter station built at Matiari is set to be energised on November 1.”

The $1.68 billion project is the first HVDC project in the country and the second in the entire world. Comparing it with all the power transmission projects in the country, it has the highest voltage level as it is also the most technically sophisticated and most difficult one in terms of construction.

“The whole line has total 2,362 tower foundations, weighing more than 71,000 tonnes and consisting 220,000 cubic meters concrete and 17,000 tonnes of steel bars. For the first time in Pakistan, the four-split 1,250 square millimeter large-section conductor was used. The total quantity of conductor is about 28,000 tonnes. The workload has set a new record in the field of power transmission in Pakistan,” Mr Bo explained.