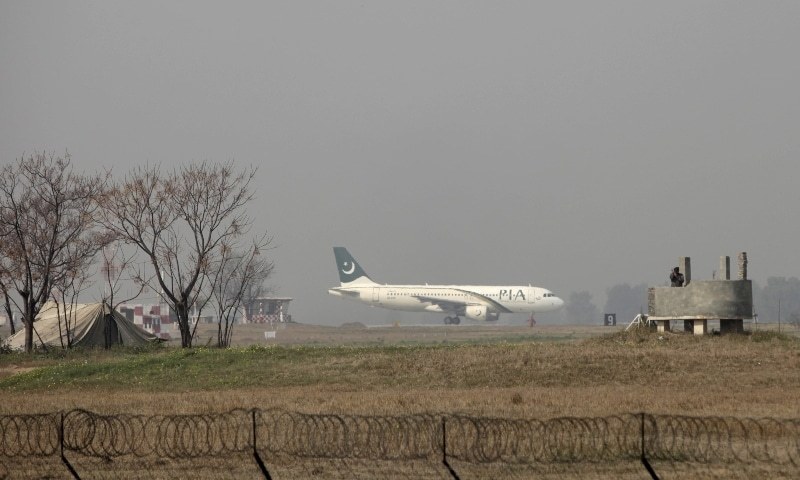 A Malaysian court on Wednesday ordered the immediate release of a Pakistan International Airlines (PIA) plane that was held in the Southeast Asian country nearly two weeks ago due to a British court case over the jet’s lease.

Malaysian authorities seized the Boeing 777 aircraft on Jan 15 after a court allowed an application by the plane’s lessor, Peregrine Aviation Charlie Limited, to keep it grounded pending the outcome of a $14 million lease dispute with PIA in a UK court.

At the time, the national flag carrier had called the decision by the Malaysian court “one-sided” and said it had caused “inconvenience to the passengers who had already boarded the plane”.

The Kuala Lumpur High Court ordered the immediate release of the plane after both sides said they had reached an amicable settlement to the dispute, involving two planes leased to PIA, according to a lawyer representing the airline.

“Peregrine has agreed to withdraw its suit against PIAC (Pakistan International Airlines Corp) and for the injunction orders to be set aside,” said PIA counsel Kwan Will Sen.

“With this, the two Boeing aircraft operated by PIAC would be released with immediate effect.”

The two jets were leased to PIA by Dublin-based AerCap, the worlds largest aircraft lessor, in 2015.

They are part of a portfolio that AerCap sold to Peregrine Aviation Co Ltd, an investment unit of NCB Capital, the brokerage arm of National Commercial Bank SJSC, in 2018.

AerCap, which continued as part of the agreement to provide lease management services to Peregrine, has declined to make any comment on the case.

Lawyers representing Peregrine did not immediately respond to a request for comment.