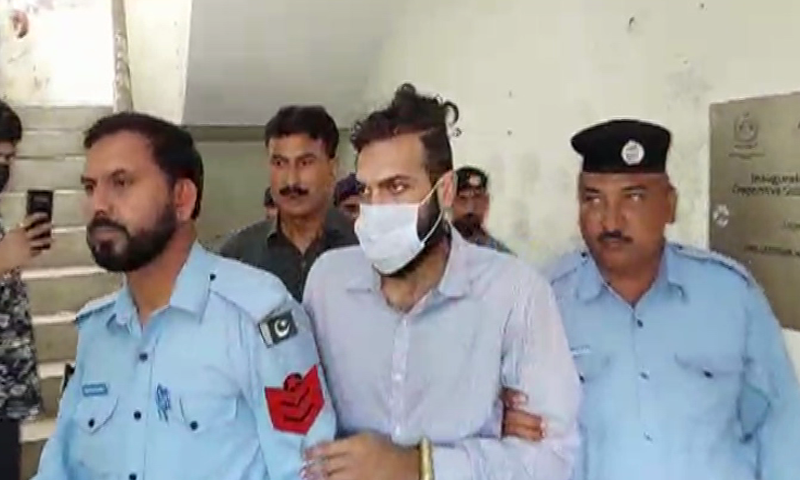 A district and sessions court in Islamabad on Saturday extended the physical remand of Zahir Zakir Jaffer — the primary suspect in Noor Mukadam’s brutal murder case — by two more days after the prosecution asked for more time to investigate “new details and characters” found in CCTV footage.

The suspect was produced in the court of Judicial Magistrate Shoaib Akhtar today under tight security following the completion of his three-day remand granted earlier in the week.

Once the court proceedings began, the state prosecutor asked the court for a three-day extension in Jaffer’s physical remand – a request also backed by the plaintiff’s attorney.

The complainant’s counsel argued that “new details and characters” were found from the analysis of 40 hours of CCTV footage, which require more investigation and thus the extension was sought.

The court was informed that the details and individuals will be made a part of the investigation.

Jaffer’s counsel, however, opposed the extension request and questioned the need for further physical remand when a polygraph test (lie detector test) was already conducted.

The court accepted the extension request and remanded Jaffer for two more days to police custody for further investigation. The police was ordered to produce the suspect before the court on August 2 (Monday).

A first information report (FIR) was registered later the same day against Jaffer, who was arrested from the site of the murder, under Section 302 (premeditated murder) of the Pakistan Penal Code on the complaint of the victim’s father.