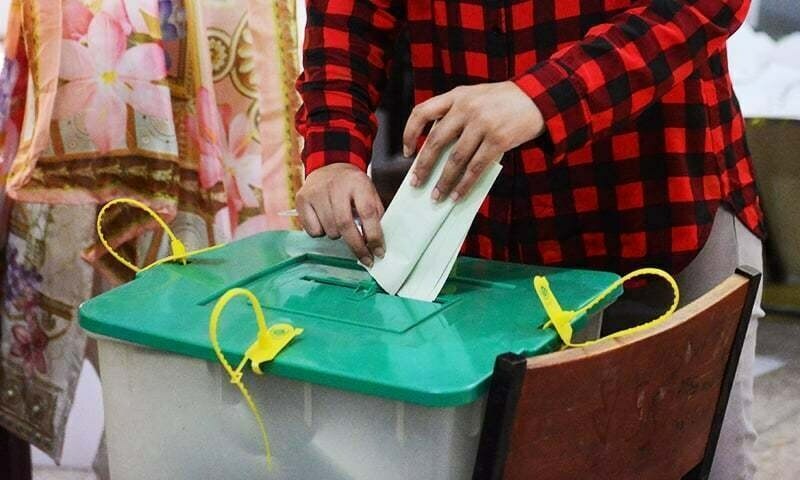 HARIPUR: As many as 2,098 nominees of political parties and independents are running for 1,083 seats of general councillors, peasants/workers, youth, women and minorities in village and neighbourhood councils of three tehsils of Haripur district.

One hundred and seventy-seven candidates, including 79 women, have already been elected unopposed, according to official figures.

Haripur is among 17 districts, where the Election Commission of Pakistan will hold the local body elections on Dec 19.

The opposition PML-N has fielded 74 candidates followed by 60 of the Tehreek-i-Labaik Pakistan. The ruling PTI, which has a sitting MNA and two MPAs from the district, issued tickets for all three tehsil chairman positions but fielded not a single worker for the councillor’s election.

Haripur, Khanpur and Ghazi tehsils have 155 village councils and 25 neighbourhood councils with 540 seats for general councillors and 180 each for peasants/workers, youth councillors, women and minority members.

A total of 1,102 candidates are running for general councillors, 197 for women councillors, 455 for peasants/workers, 338 for youth, and six for minority members.

The ANP issued only six tickets, QWP six for councillor’s elections and one for Haripur tehsil council chairmanship, Allah-o-Akbar Tehreek 12 tickets for the councillors’.

Twenty-four candidates are running for three tehsil chairmen and they included nominees of the PTI, PML-N, TLP and JI. The JUI-F fielded candidates for Ghazi and Haripur tehsil council chairmanship and Tehreek-i-Jawanan Pakistan and QWP one each in two tehsils, while nine candidates are contesting elections as independents.

Of the 177 candidates elected unopposed, 79 had filed nomination papers for the seats reserved for women, 25 for peasants/workers, 51 for youth,18 for general councillors, and four for minority members. They included three TLP candidates, including a woman, and a Jamaat-i-Islami nominee for a woman councillor’s seat.