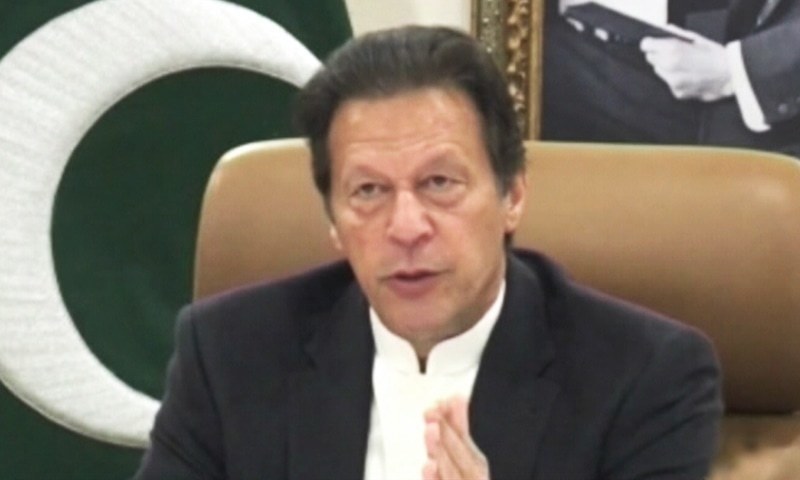 Prime Minister Imran Khan on Wednesday said his government was removing impediments and red tape to make it easier for investors to make a profit in Pakistan, adding that the Pakistan of 2020 was “all about creating wealth” through industrialisation.

Addressing the Country Strategy Dialogue (CSD) on Pakistan held by the World Economic Forum virtually, the premier recounted the economic challenges the PTI government inherited and what it was doing to tackle them, and expressed concern that the second wave of the coronavirus could spell more trouble for the country.

He said in the 1960s, Pakistan was a model for the developing world because of rapid industrialisation, but in the 1970s it became more socialist and “profit-making almost became a crime”.

“This is the first government in Pakistan since the 1960s which has made it a point that we want to make profit-making easy for people … and investors,” he said.

The prime minister said it took his government nearly a year to eliminate the hurdles and red tape in the construction sector and it was trying to do the same for small and medium enterprises and capital markets.

“The current Pakistan of 2020 is all about creating wealth by industrialising […] and then using that wealth to lift our people out of poverty.”

The premier said the biggest problem the country was facing was “very expensive energy”, adding that because of the power contracts signed in the past, Pakistan was producing 25 per cent more expensive energy than India or Bangladesh.

He said the high energy costs had impeded industrialisation which in turn affected wealth creation and poverty alleviation.

“Therefore, our biggest challenge now has been to provide affordable energy to our industry.”

‘People no longer worried about virus’

Prime Minister Imran said Pakistan had stabilised its economy and was “heading in the right direction” when Covid-19 hit.

“We quickly realised that we could not impose a lockdown like the one imposed in Europe or China” because of the impact completely shutting down the country would have on daily wagers and labourers, he added.

Instead, he said, the government opted for ‘smart lockdowns’ targeting virus hotspots “because you can’t lock down hungry people”.

The strategy worked and the government was able to reopen the economy quicker than other countries, while the move to give cash handouts to 15 million families “really saved us from the worst effects of the lockdown”, he added.

“Now, of course, we are hitting a second peak and my worry right now is that […] because we succeeded so well [in the first wave], people are no longer that worried about the virus anymore and so we do not find that sort of level of compliance,” the premier said.

He said his second concern was over the uncertainty of what the winter wave of Covid-19 will be like and how long it will last.

“There’s a bit of worry right now because our cases are climbing up quite rapidly these days,” he added.

Prime Minister Imran said in view of the country’s high levels of poverty and unemployment, his government has “taken a policy decision that we’re going to keep the businesses and the factories [open]” and close down only non-essential activities.

Recalling his government’s economic struggles, he said it had inherited record fiscal and current account deficits and spent its first 1.5 years stabilising the economy by cutting expenditures, improving governance and improve tax collection.

He said besides cutting down imports and stimulating exports, the government also clamped down on money laundering. As a result, the country saw its first current account surplus in 17 years last quarter, he noted.

He said the stock exchange and current exchange rate both reflected that the business community had confidence in the government, while Faislabad, the hub of the textile industry, was “short of labour”.

But despite the government’s measures, he said, “We’re praying that the second wave of Covid does not make us take those measures which affect this right direction in which the country is heading.”

Answering a question, the premier said the government would encourage any automobile investors, especially those who could manufacture and export vehicles from Pakistan.

He said the government was also encouraging electric vehicles to be made in Pakistan in view of environmental and global warming concerns.

The prime minister said the China-Pakistan Economic Corridor (CPEC) was “not exclusive to China” and any other country could also become its part.

The project’s second phase is more than regional connectivity and involves special economic zones, agriculture and technology institutes that can help with digitalisation of the economy, he added.

He said Pakistan had played a “huge part” in bringing the US and the Taliban on the table and then facilitated the intra-Afghan dialogue. He expressed concern at growing levels of violence in Afghanistan, saying peace there would have huge dividends for the region.

“If someone asked me what was US President [Donald] Trump’s greatest achievement, for me it’s the resumption of the Afghan peace process. He literally forced this peace process to take place,” he said, adding that he was convinced that President-elect Joe Biden would not reverse the peace process.