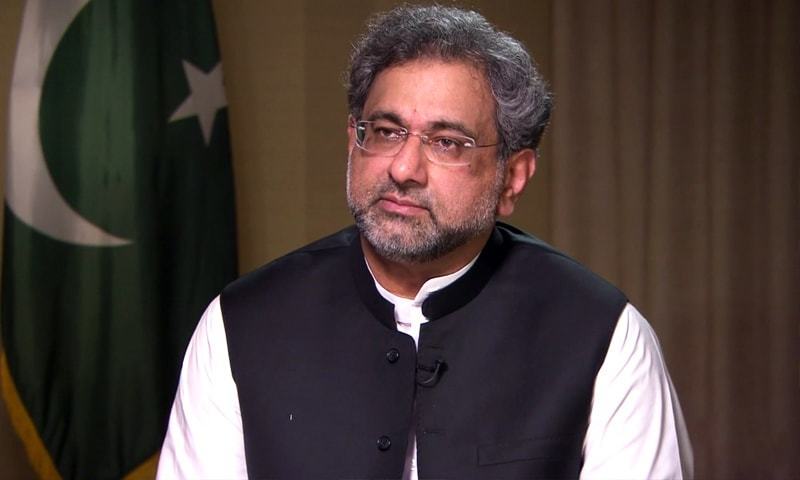 KARACHI: Former prime minister and senior leader of the Pakistan Muslim League-Nawaz (PML-N) Shahid Kha­qan Abbasi has said his party will not accept the extension of the incumbent National Accountability Bur­eau (NAB) chairman and war­ned that if the government insists on doing so they will challenge the move in court.

Talking to reporters after appearing before an accountability court here on Monday, he said the tenure of the NAB chairman was not extendable. “The government intends to frighten the opposition by using this chairman [NAB]. The government desperately needs that kind of chairman who turns a blind eye to its [ruling party] corruption and uses every legal or illegal tactic to pressurise the other [opposition] parties. This is not acceptable and we would definitely move the court if any such move is made,” Mr Abbasi said.

He said that despite the presence of a clear law the NAB chairman’s tenure was being extended and promulgating an ordinance in this regard would not fulfil the legal requirement as consultation with the opposition on the subject was required under the law.

When asked about the party’s show-cause notice issued to senior PML-N leader Mian Javed Latif, he said notices were never served without any reason. Any comment or move which maligned and undermined other person demanded an explanation, he added.

Mr Abbasi also criticised the government for its “failure” on key fronts, mainly foreign and economic policies. “Is this not ironical that our prime minister is complaining that he’s not being called by [US President] Joe Biden?” he wondered.

“He [prime minister] doesn’t bother about inflation and hardships being faced by the people. He only cares about the phone call from the US president. Let me tell you that the people who had voted for the Pakistan Tehreek-i-Insaf in 2018 have now turned against the party, which has badly disappointed every segment of society,” he added.