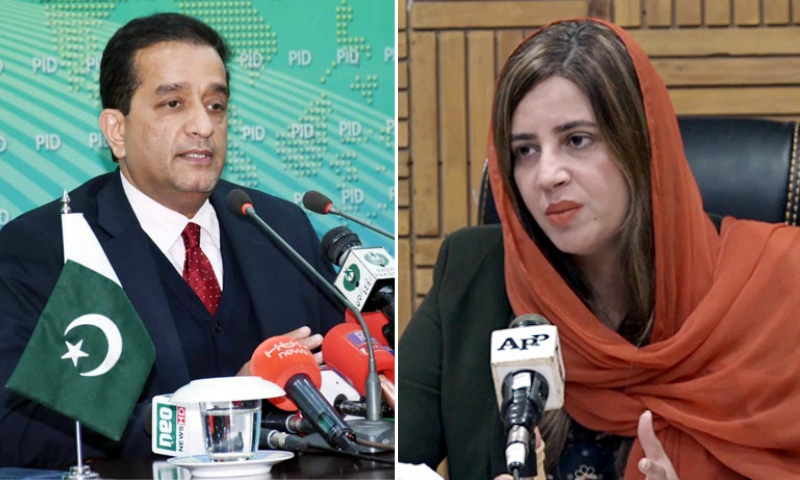 ISLAMABAD: A Member National Assembly (MNA) of the ruling PTI on Thursday created a controversy by claiming that Adviser to Prime Minister on Climate Change Malik Amin Aslam and Minister for State Zartaj Gul got into a brawl while attending a UN conference on climate change in Glasgow.

He made the claim during a meeting of the Public Accounts Committee (PAC).

The PAC examined audit reports of the Ministry of Climate Change for the year 2019-20 under the chairmanship of Rana Tanveer Hussain.

Mr Fatyana said during the UN conference on climate change, Minister for State Zartaj Gul had a brawl with the prime minister’s adviser and she returned to Pakistan in the middle of the event.

He said the representation of Pakistan in the conference was not up to the mark due to incompetence of the officials of the ministry.

No Pakistani official received the delegates from Nepal and other countries in the camp, he added.

Later, Mr Aslam in his video message said Mr Fatyana’s disclosure was a pack of lies as no such incident had happened.

He said Ms Gul returned to Pakistan since she was supposed to attend the joint session of parliament.

According to him, Mr Fatyana was spreading disinformation because he came to attend the same conference with an NGO and demanded official protocol from the officials of the ministry. He alleged that that Mr Fatyana harassed the officials after they declined to give him a car which was meant for official delegation only.

Meanwhile, the PAC chairman directed the audit authorities to address the low-cost audit objections of the ministry at the Departmental Accounts Committee (DAC) level.

The committee examined the highlighted audit paras in order of highest amount involved therein and paras recommended for settlement by the DAC.

The meeting reviewed the audit objections of the Ministry of Climate Change.

Ministry of Climate Change Secretary Sikandar Baloch said he had recently taken charge of the ministry, adding he will conduct regular DACs.

The chairman of the committee said that there was no problem in dealing with the audit objections which were agreed upon by the DAC, consisting of the ministry and the audit authorities.