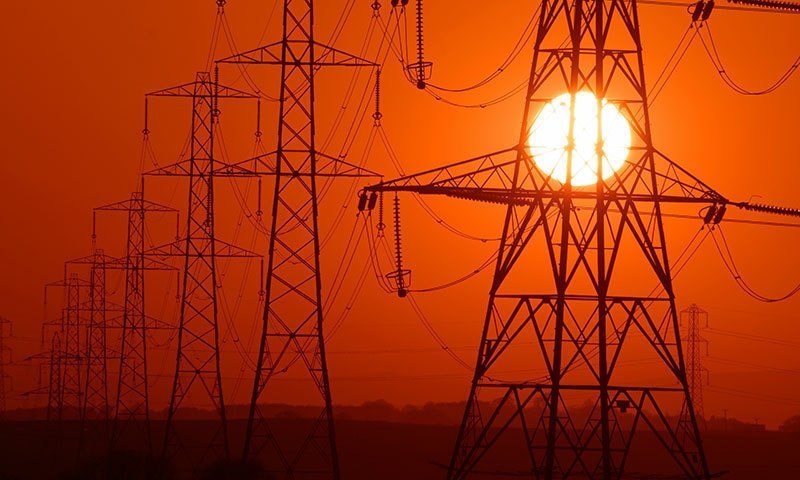 ISLAMABAD: Amid strong protest by the petroleum division and its corporate entities, the Cabinet Committee on Energy (CCoE) on Friday decided to exempt three Punjab-based power plants of 3,900mw from compulsory purchases of liquefied natural gas (LNG) quantities from January 2022.

The move to change gas supply agreements (GSAs) of these government-owned power plants (GPPs) reportedly originated at the request of the Privatisation Commission to attract better proceeds from sale of these LNG-based power plants and also forms part of overall efforts to reduce power costs.

Two of these GPPs are at the advance stages of privatisation under the International Monetary Fund programme and the government has set a Rs100 billion target for privatisation proceeds this year.

“Changing the contracts structure will not only make the electricity cheaper but also significantly reduce the circular debt buildup in coming years,” said an official announcement after the CCoE meeting presided over by Minister for Planning Asad Umar. It said the committee “decided that from January 2022 the 66pc of Take-or-Pay under the GSAs will be removed and the gas companies will be free to market and sell the additional gas to other customers”.

The petroleum division, which was represented by Special Assistant to the Prime Minister Nadeem Babar, said the entire LNG supply chain, including 800 million cubic feet per day (mmfcd) imports from Qatar and open market, regasification terminals, PSO and gas network, had been put in place on the basic premise of GPPs and would become unsustainable in the long term just for short term gains of privatisation proceeds.

“Any reduction or waiver of minimum take-or-pay commitments of three GPPs will lead to a cascading default of all the three public sector entities of RLNG supply chain which may include encashment of sovereign guarantees and Standby Letters of Credit (SBLCs),” the petroleum division put on record in writing while opposing the proposal.

The petroleum division said if the CCoE was adamant on ending 66pc take or pay clause for the GPPs, then it “insists on Finance Division providing subsidy for the price differential to keep the Petroleum Division companies (Pakistan State Oil, Pakistan LNG Ltd, Sui Southern Gas Company, Pakistan LNG Terminal Ltd and Sui Northern Gas Pipelines Ltd) from going bankrupt on account of breaking of contracts by Power Division’ companies”.

The power division said an impact analysis of ‘must-run commitments’ of three GPPs suggested that due to signification of devaluation of currency, transition of generation mix towards cheaper and local resources and addition of efficient and low variable cost fleet of plants transpired LNG-based GPPs as uneconomical. Also, the upcoming addition of nuclear and renewable plants would further reduce the overall unit cost of national pool and lead to under-utilisation of the GPPs.

Moreover, “if these trends in prices, as well as currently load forecast remain unchanged, the existing minimum guaranteed offtake of 66pc for three RLNG plants would yield in the loss of approx Rs143bn up to 2023”.

On the other hand, the petroleum division said the losses to be faced by the oil and gas companies (about Rs100bn per annum for many years) would be many times higher that savings in the power system. It said the decision to end the GPPs commitments was being taken “while completely ignoring the financial implications on the part of entire RLNG supply chain considering back-to-back agreements attached with the transaction”.

It said the CCoE had reaffirmed in November 2019 that “all the existing arrangements of RLNG Power Plants will remain intact until the date when Price Review Clause under the LNG Sales Purchase Agreement (SPA) takes its effect in year 2026 which is the 10th anniversary to the first Qatar Gas LNG supply made in 2016”.

It said the decision to relieve the GPPs from LNG agreements would shift the entire exposure to the PSO and the PLL. If this entire amount of LNG brought for RNLG plants (185mmcfd for four plants and totaling 740mmcfd) is sold to other consumers, the total loss created in the LNG chain will be larger than the savings being projected by the power division for not taking 66pc take or pay at three plants.

“Essentially without funding this loss as a budgeted subsidy, we will simply be transferring Circular Debt from Power Division companies to Petroleum Division companies and in fact increasing it,” the petroleum division said, adding that from a governance point of view, shifting of this loss to the PSO or the SNGPL through a government decision was not legally tenable.

It was pointed out that the SNGPL was already facing non-recovery of Rs77bn against diversion of RLNG to domestic sector in last two winters on government directions. Subject to adequate demand, the estimated financial implications of diversion of the minimum guaranteed 66pc (366mmfcd) RLNG volumes to other sectors would be about Rs100bn per year. This is more than double the savings being projected.

In addition to the exposure on the take or pay, there is exposure on the terminal charges since gas companies had signed terminal agreements with Engro and Pakistan Gasport terminals for 4.5 million tonnes per annum (600mmcfd) each for 15 years. The SSGCL has provided $40m SBLC to Engro and the PLL $22m to Gasport and it involved liquidity damages in case of variation in LNG supplies.

The CCoE asked the petroleum division to take all mitigation measures to reduce the cost impact on gas sector and to avoid build up of liabilities. “Government will fund any revenue shortfall for the publicly listed companies, if required,” it said. Asad Umar said this measure would bring overall efficiency in the energy sector.