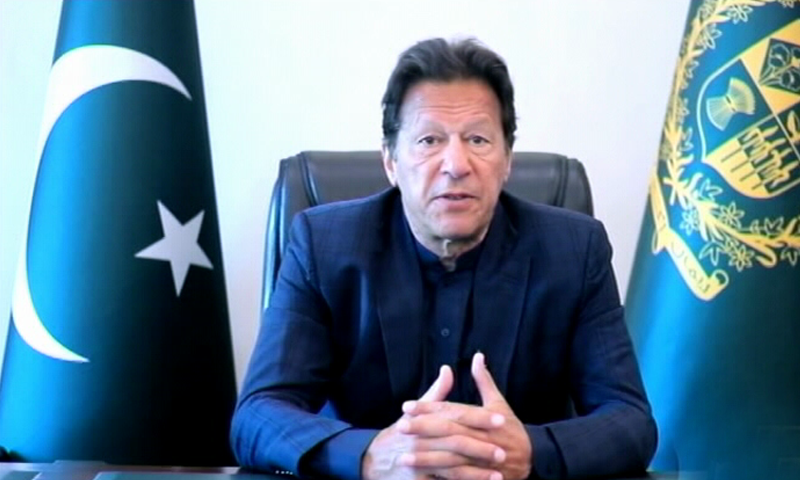 Special Assistant to the Prime Minister on Political Affairs Shahbaz Gill said the prime minister’s message will be broadcast at 5:15pm.

The premier’s address to the nation comes at a tense time as the government engages with the workers of the recently proscribed Tehreek-i-Labbaik Pakistan (TLP) — who have been holding anti-France protests for more than a week — after a clash with the police in Lahore on Sunday.

The TLP has put forth four demands: the expulsion of the French ambassador over President Emmanuel Macron’s explicit backing of blasphemous cartoons, the release of party chief Saad Rizvi, the removal of the ban on the party and the release of activists arrested as well as the FIRs against them to be revoked.

A day earlier, the city of Lahore became a battleground as workers of the recently proscribed party and policemen clashed. TLP workers also took 11 policemen hostage, who were later released after the first round of talks with the government.

The second round of talks was due to be held after sehri, Interior Minister Sheikh Rashid said.

Earlier today, while addressing a ceremony in Islamabad, Prime Minister Imran lamented that political and religious parties in Pakistan “misused” Islam to deal damage to the country itself — in an apparent reference to the banned TLP’s week-long protests.

“ln our country it is a great misfortune that many times our political parties and religious parties use Islam wrongly and use it such that they deal damage to their own country.”

The prime minister said that violent actions did not benefit Islam in any way and no loss was dealt to the country in which the blasphemous act was committed. Instead, only Pakistan suffered a loss, he said.

He vowed to introduce a campaign that would seek to join Muslim countries so that the issue can be taken up on international forums, such as the European Union and United Nations.