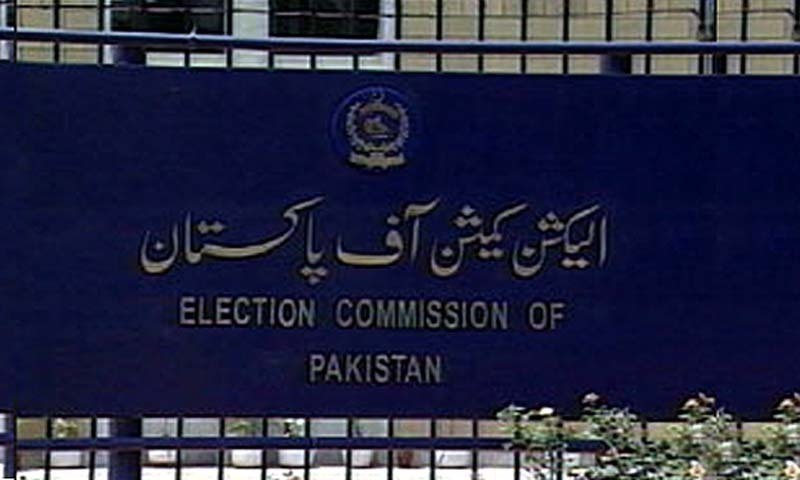 The Election Commission of Pakistan (ECP) on Saturday said that it suspected results of 20 polling stations had been falsified in the by-election for the NA-75 (Daska) constituency as the PML-N alleged massive rigging.

In a statement, the commission said results of the NA-75 constituency were received with “unnecessary delay”, adding that it tried to contact the presiding officers several times but with no success.

The chief election commissioner also contacted the Punjab chief secretary who assured him that the results would be sent after tracing the ‘missing’ officers and polling bags but then he too made himself “unavailable”, according to the ECP statement. The presiding officers appeared along with the polling bags around six in the morning, the statement said.

“The DRO and RO of the NA-75 (Sialkot) constituency informed [the ECP] that there is a suspicion of falsification in the results from 20 polling stations. Therefore, it is not possible to release the initial results without a complete inquiry. The DRO is sending a complete report on the matter to the Election Commission.”

The statement said the ECP had stopped the DRO and RO from announcing the initial results for the by-election and directed them to conduct a complete inquiry and identify those responsible. It also directed the provincial election commissioner and joint provincial election commissioner to reach the office of the DRO and RO so that “[we] can reach the bottom of the matter and records can be completely protected”.

“This matter looks like a weakness of the administration and law enforcement agencies,” the ECP added.

“I am present in Daska and it is around 3:45am. The PML-N candidate (Nousheen Iftikhar Shah) is winning. The returning officer has received results from 370 polling stations and seeing the win of the PML-N, the staff and record of 23 polling stations have been made to disappear,” Iqbal said in the video.

“When we asked the returning officer, he said he too was helpless. [The returning officer] has made full efforts but is unable to contact the staff and he does not know where they have disappeared. The results of these polling stations have now become suspicious.”

Iqbal called on the ECP to separate the results from the 23 polling stations and to conduct a forensic audit of them. He also asked for re-polling in those stations.

“They are holding the results [of this election] to save their dignity after losing. Whose custody [is the missing staff] in? Who has kidnapped them? The nation and we all want an answer,” he said.

Separately, the PML-N vice president stressed that “we will not leave you this time vote choron (vote thieves)”.

Contradicting the PML-N’s claims and terming it a “drama”, Special Assistant to Prime Minister on Political Communication Shahbaz Gill said Iqbal’s video statement was a “clear indication of the PML-N’s loss”.

He said if re-polling was to be done, then it should also be done for the by-elections in constituencies of Wazirabad and Nowshera (Gujranwala PP-51 and Nowshera PK-63) which the PML-N has won, according to unofficial results.

“We too have objections on these [seats],” Gill said.

Education Minister Shafqat Mahmood claimed that the PML-N levelled allegations of rigging wherever it lost.

“Wherever PMLN wins all is good, wherever it loses, election is rigged. Nowshera, N wins under PTI govt. Wazirabad, N wins, PTI govt. Not a squeak about rigging in both places. Daska, election is tight so shouts of rigging all over,” he said in a tweet.

The by-election in the NA-75 constituency has been marred by violence. A day earlier, at least two people were killed and three others injured in a firing incident at a polling station in Daska.

One of the victims was reportedly a member of the ruling PTI while the other belonged to the PML-N. A PTI polling agent was also among the injured, according to eyewitnesses and local media.