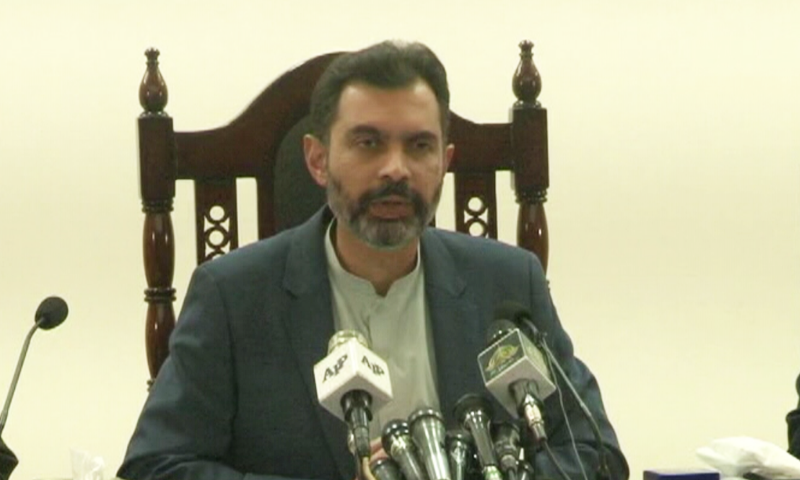 The State Bank of Pakistan (SBP) on Monday said that it was keeping the policy rate unchanged at 9.75 per cent.

“There’s no need for further tightening at the moment because of the government’s fiscal policy,” SBP Governor Reza Baqir said at a news conference in Karachi.

Last month, the central bank had increased the policy interest rate by 100 basis points from 8.75pc and revised targets for inflation, current account deficit and growth rate and changed perception about the rising import bill.

The bank had previously lifted rates by 275 basis points since September to tackle a falling rupee, high inflation and a current account deficit. However, in December it had indicated that it expected the monetary policy setting to remain “broadly unchanged” in the near-term.

“These measures include raising the interest rate by 2.75pc since September while the cash reserve requirement for banks was also increased. In addition, measures were also taken to moderate consumer finance,” he said.

He said that at the December meeting, the MPC wanted to see the effect of these measures before taking a decision on the policy rate.

Commenting on Pakistan’s economic outlook, Baqir said that there was some moderation in demand growth. He said that headline inflation (year-on-year) would continue to remain high for now due to the prices of commodities in the international market.

“But if we look forward, we are seeing that the inflation projection has reduced,” he said.

The central bank governor pointed out that there had been some moderation in the indicators for economic activity such as large-scale manufacturing.

“LSM growth was 2.5pc in September and was 0pc in November. In the same way, if you look at other indicators, you will see that there has been some moderation as compared to the way they were increasing.”

The SBP governor said that this was “good news” and it illustrated that growth was sustainable.

Commenting on inflation, he said that the latest headline number was 12.3pc year-on-year. “But if you compare it to the previous months, then it shows that the momentum of inflation is decreasing.”

He went on to say that the current account deficit (CAD) was also witnessing stabilisation, adding that it would now begin to reduce due to this reason. “In the past two months, the CAD remained at $1.9 billion and did not increase further.”

He said that the CAD for the current fiscal year remained projected at around 4pc of the GDP.