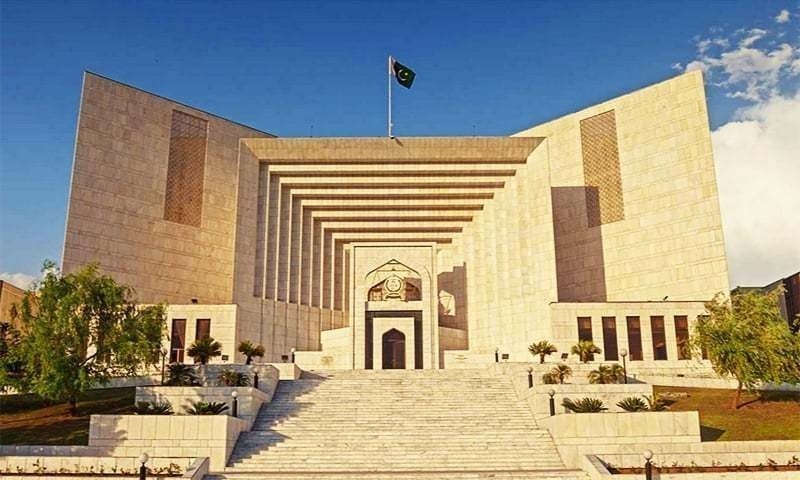 The Supreme Court on Monday announced its opinion on the presidential reference regarding Senate elections, saying that polls for the upper house of parliament will be held through secret ballot, according to Article 226 of the Constitution.

The Supreme Court said that Senate elections are held in accordance with the law and the Constitution.

“It is the responsibility of the Election Commission of Pakistan (ECP) to protect the election from corruption,” it added.

The parliament can pass constitutional amendments, the top court said. It emphasised that all institutions were bound to follow the ECP.

The bench said that the secrecy of the ballot papers, however, was “not final”, quoting a decision by the top court on the same in 1967 (Niaz Ahmed case).

A detailed judgement is expected to be issued shortly.

It also said that the ECP could “use the latest technology to ensure the holding of transparent elections” under powers granted to it according to Article 218 of the Constitution (related to the formation of election commission).

Talking to reporters outside the Supreme Court, PTI’s Senator Faisal Javed termed the opinion a “splendid decision” and a “victory for Pakistan”.

He said he was grateful to the court for listening to everyone.

“The attorney general’s team worked hard and great arguments were done. Such a detailed discussion on the Senate has not happened before.”

He added that Prime Minister Imran Khan had made efforts to end corruption from every level, including bringing an end to “bribery, thievery and buying and selling” in the Senate elections.

“The honourable court said secrecy is not absolute. That means it cannot stay [this way] till the Day of Judgement”.

Talking further on the court’s opinion, he said it had instructed the ECP to work on matters including proportional representation and take measures against corruption in elections.

He said that when elections are held through identifiable ballots, no one would dare to sell their vote. “This is a splendid opinion for transparency,” he stressed.

He said after the court’s opinion, the ECP would have to ensure three things: identifiable ballots, proportional representation and ensuring free and transparent elections.

Speaking separately to reporters, Minister for Information Shibli Faraz called on the ECP to take “practical steps” to end corruption and secrecy in Senate elections.

He said the primary reason behind the presidential reference was to find out what practical steps can be taken to end corruption in Senate elections.

“Today’s decision is a very historic decision which apparently seems [to state] that Senate elections will be held according to Article 226. But at the same time, the honourable judges of the Supreme Court acknowledged that technology should be used to make elections transparent.”

The minister requested the ECP to “use technology — in the form of a bar code or a serial number on the ballot paper — to ensure that these [Senate] elections do not become secret as per the SC’s opinion”.

He also termed the government’s decision to file a presidential reference as a “very important and good decision”, saying it was a significant milestone in the PTI’s struggle.

It would ensure that members elected to the upper house of parliament were done so on merit and their personal and business interests did not affect their efforts for legislation, he added.

The court had reserved its opinion on Saturday.

Attorney General Khalid Jawed Khan had on Dec 23, 2020, moved the 11-page reference under Article 186 of the Constitution relating to the advisory jurisdiction of the Supreme Court.

The president had sought the answer to the question of whether or not the condition of secret ballot under Article 226 of the Constitution applied to the Senate elections. The hearing started on January 4.

Ahead of the announcement, the registrar office had issued notices to the attorney general, chief election commissioner, Senate chairman and speakers of the national and provincial assemblies, advocates general for the four provinces, members of the Election Commission of Pakistan (ECP) and others.