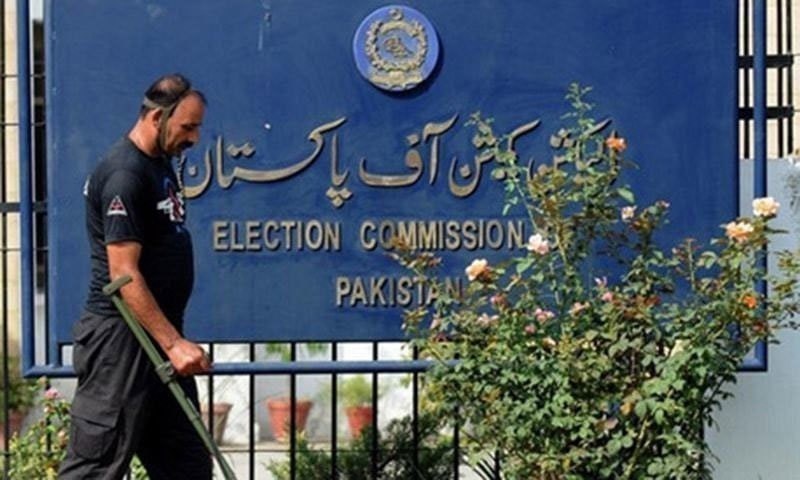 The Election Commission of Pakistan (ECP) on Tuesday said that the upcoming Senate elections, scheduled to be held on March 3, would be “conducted as provided in the Constitution and law as per past practice”.

In a statement, the ECP said the decision had been taken due to “time constraints”. A meeting of the Election Commission was held under the chairmanship of the Chief Election Commissioner Sikander Sultan Raja and was attended by its members — retired justice Altaf Ibrahim Qureshi, retired Justice Irshad Qaiser, Shah Mohammad Jatoi and Nisar Ahmed Durrani.

According to the statement, the meeting was held on March 1, the same day the Supreme Court shared its opinion on the presidential reference, saying that polls for the upper house of parliament will be held through secret ballot, according to Article 226 of the Constitution.

The meeting discussed the SC’s short order, deciding to “implement it in letter and spirit”. The apex court had said that it is the Election Commission’s “duty […] to ensure that the election is conducted honestly, justly, fairly, and in accordance with law and that corrupt practices are guarded against”.

It suggested that the ECP could use latest technology to hold transparent elections. “The Election Commission is required to take all available measures including utilising technologies to fulfill the solemn constitutional duty to ensure that the election is ‘conducted honestly, justly, fairly and in accordance with law and that corrupt practices are guarded against’.”

It emphasised that all institutions were bound to follow the ECP.

During the meeting, the commission observed that it had not received a detailed order from the Supreme Court.

However, it decided to constitute a three-member committee, comprising the special secretary, director general (IT), and joint provincial election commissioner from Punjab that would take input from different professionals and technical organisations on the use of technology in Senate elections.

The committee would then prepare recommendations based on the input within four weeks’ time. It could also “take assistance from Nadra (National Database and Registration Authority), FIA (Federal Investigation Agency) and the ministry of information technology […] for better recommendations”.

A day earlier, Minister for Information Shibli Faraz called on the ECP to take “practical steps” to end corruption and secrecy in Senate elections.

The minister requested the ECP to “use technology — in the form of a bar code or a serial number on the ballot paper” — to ensure that the elections were transparent as per the SC’s opinion.

Speaking to the media outside the Supreme Court after the announcement of its opinion, PTI’s Senator Faisal Javed said the ECP would have to ensure three things: identifiable ballots, proportional representation and ensuring free and transparent elections.