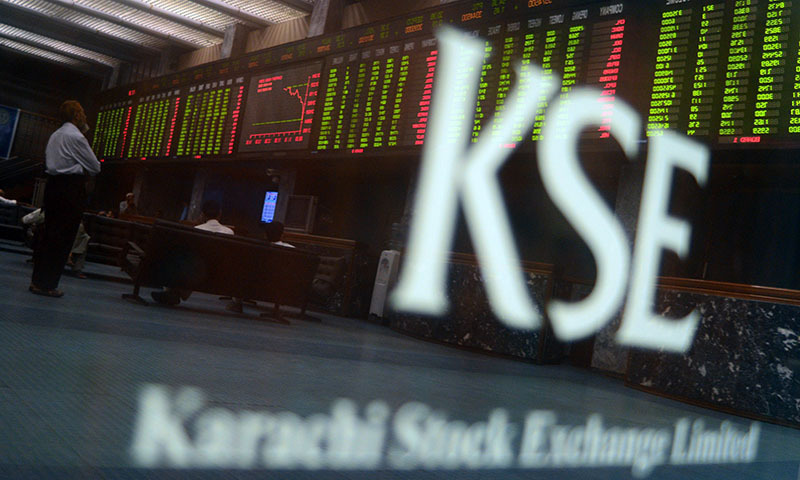 Shares at the Pakistan Stock Exchange (PSX) were in free fall on Thursday with the benchmark KSE-100 index shedding more than 1,900 points, mimicking global markets after several countries announced restrictions to contain a second Covid-19 wave while authorities in Pakistan also imposed restrictions on commercial and social activities in 11 vulnerable cities.

However, in the late afternoon session, a little over an hour before closing, the market did reverse some of its losses, gaining 605 points from the day’s low to end up at 39,888.

“The market came under pressure today as international markets were also down due to a rising number of coronavirus cases,” said Syed Atif Zafar, chief economist at Topline Securities.

“Cases in Pakistan are also rising with the ratio of new cases/daily tests edging up to above three per cent,” he said, adding that significant foreign selling had also been seen over the last few days.

“The net outflow in the last three days can be attributed to good results by the stocks they hold in Pakistan, which made them increase their selling opportunistically,” said Saad Ali, head of research at Intermarket Securities.

“Foreigners have been sellers for over three years in Pakistan now. Recently, they have also been trimming stocks in emerging and frontier markets,” he said.

During today’s sell-off, commercial banks, oil and gas exploration, cement, fertiliser and power generation, and distribution sectors were among the top losers.

“A bearish sentiment took over the equity market because of fears surrounding the likelihood of re-imposition of restrictions in the country and across the world and the economic contraction that it will cause,” Ali said.

The uncertainty of how long these restrictions will last could keep the market in a pessimistic mood, he said. “Judging by how lockdowns affected the economy during the first wave, markets are responding to the news amid uncertainty on how long the second wave will last,” he added.

Earlier today, Planning and Development Minister Asad Umar said that the national positivity ratio was higher than three per cent on Wednesday for the first time in more than 70 days.

“NCOC has tightened restrictions on some high risk public activities. However, the rising spread of the disease can only be controlled if people believe in the need for precautions,” he said.

A day earlier, the National Command and Operation Centre announ­ced schedule for commercial and social activities in 11 cities which are most vulnerable to the deadly coronavirus.