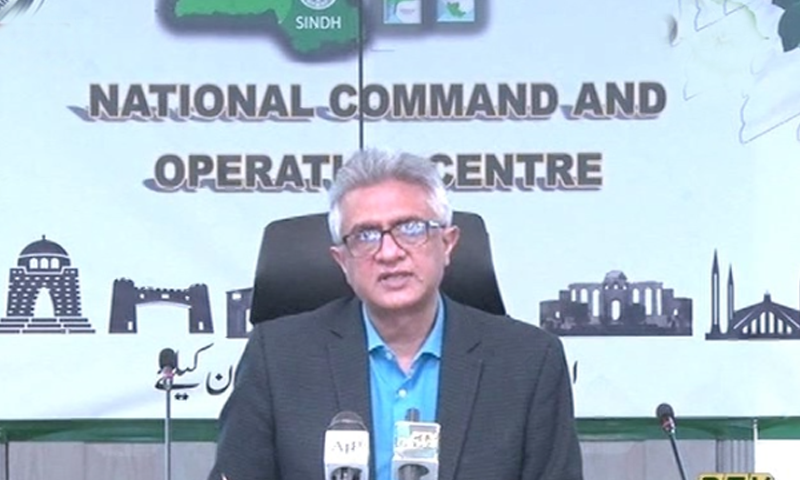 Special Assistant to the Prime Minister on Health Dr Faisal Sultan on Wednesday said that a Covid-19 vaccine shortage being reported at some vaccination centres was a temporary issue, adding that the situation is expected to improve after June 20.

Speaking at a press conference in Islamabad, Sultan said that a shortage of vaccines had been reported at some busy vaccination centres. He said officials were working on ensuring the supply of additional doses.

“There are more than 2,000 vaccination centres in the country and the number of visitors varies. So there may be a shortage of vaccines in some centres,” he said, adding that busy centres have more demand.

He said officials were in touch with provincial and local authorities in this regard, and that efforts were being made to overcome the shortages by diverting supplies.

Sultan called on the public to cooperate with local authorities and staff at vaccination centres and to follow instructions.

He reiterated that this was a temporary gap that would be filled soon, adding that there were more than two million vaccine doses currently available in the country. “So this process will continue and it will improve after June as we get more vaccines.”

The SAPM also took the opportunity to educate citizens regarding the gap between vaccine doses. “The time duration between vaccine doses is typically between three to four weeks. This is correct. However, please note that there is no harm in extending the duration to six to seven weeks. You can get the second dose after some delay.”

So if you face any issues in getting the second dose of the vaccine, it does not mean that the first dose has gone to waste, he said.

The shortage of Covid vaccine forced authorities to close two vaccination centres in Lahore while some others in the rest of the province may face closure. There are reports that only a day’s stock of the Covid vaccine is left in Punjab, an official privy to the information told Dawn.

He said following the shortage of the vaccine, health authorities closed down the camp established at the Lahore Press Club and the Pakistan Kidney and Liver Institute (PKLI) while the situation in some other centres of the city was uncertain.

Punjab Health Minister Prof Dr Yasmin Rashid also confirmed that the provincial authorities had stock for three days only. In a statement on Tuesday, she said health teams were administering vaccines to 240,000 citizens daily in Punjab against 430,000, a target set by the National Command and Operation Centre.

“We have 13,000 doses of Pfizer vaccine while 25,000 doses of other companies are with the Lahore deputy commissioner,” she said, adding that the health department had recently distributed 1.6 million doses among districts of the province.

Meanwhile, a shortage of Covid-19 vaccines halted the vaccination process at the Expo Centre facility on Tuesday morning, forcing many people to return home without getting immunised.

They also said the shortage of vaccines had been prevailing for quite some time and that had led to the closure of some centres located in the city’s suburbs.

However, health department officials claimed that vaccines were available in sufficient quantities while the vaccine shortage at the Expo Centre was immediately addressed.