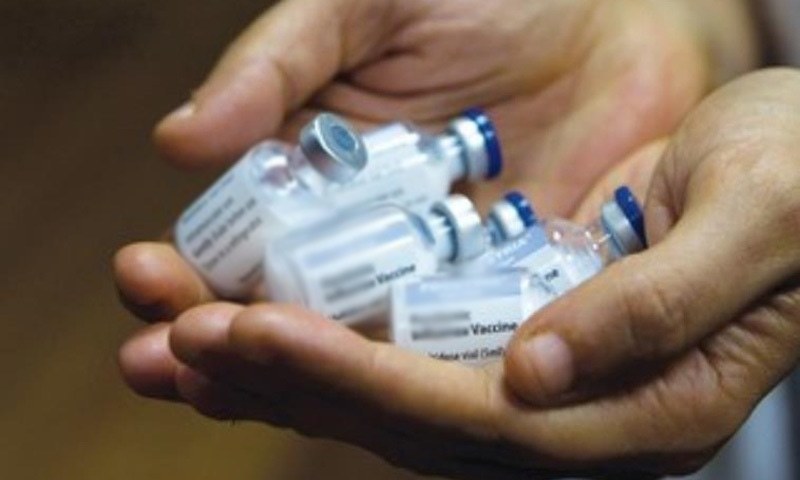 LAHORE: Shortage of Covid vaccine in Punjab persists dealing a blow to the vital campaign.

Reports say very few of the 677 centres established across the province are functioning and the situation has left the citizens at the mercy of ‘misgovernance’. It is not different in Lahore where only three out of 57 centres are administering vaccine to the citizens. The functional centres are the Expo Centre, the LDA Complex and the PKLI.

An official said Punjab was facing severe shortage of the vaccine since the federal government delayed supply to it. He said the persistent suspension in the supply of vaccine to the province had hampered efforts to curtail the virus.

He said the Centre was waiting for nearly 2.8m doses of the vaccine from China which it was supposed to receive on Friday. Now, the government was expecting the same on Sunday (tomorrow) and if further delayed, the situation could lead to a crisis in Punjab.

The official lamented that the shortage hit Punjab at a time when the virus transmission was at the lowest level. He said the virus positivity rate in Punjab dropped below two per cent and in Lahore one per cent and it was the time to ensure uninterrupted supply of the vaccine to completely overcome the pandemic.

However, the negligence and a lack of coordination between Punjab and the Centre had led to the shortage of the vaccine, particularly in Lahore which has borne the brunt of the disease during the three spikes of the infection.

“We had only 197,000 doses of the vaccine in Punjab’s stock till Thursday night,” the official said, adding after consuming the same on Friday, the province would have no vaccine to administer on Saturday.

He said three centres functioning in Lahore had tremendous influx of the citizens on Friday, forcing the visitors to wait for hours to get jabs. The extraordinary rush at these centres also led to mismanagement on the part of the authorities.

He said the long queues of citizens in scorching heat in and outside the centres created a potential risk of transmission of the virus from person to person.

Meanwhile, the virus claimed lives of 17 more patients in Punjab during the last 24 hours, taking the Covid tally to 10,603.

Similarly, the total number of infections in Punjab reached 344,641 after 129 more people tested positive for the virus during the same period. Of them, 62 were reported from Lahore, according to the official Covid update released by the Primary and Secondary Healthcare Department, Punjab, here on Friday.