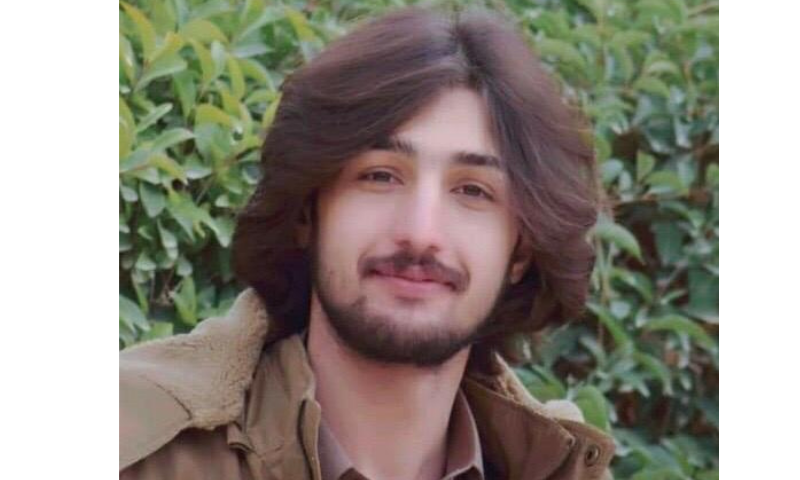 A young student was killed in Quetta on Wednesday night after officials of the Eagle Squad of Balochistan Police allegedly opened fire on his car on Sariab Road.

The death of Faizan Jattak, aged around 22, sparked a protest in the city and on social media.

According to the first information report (FIR) registered on the complaint of Jattak’s cousin who was travelling with him in the car, the two men were going home through Sariab Road around 10pm when four officials of the Eagle Squad signalled them to stop at Sada Bahar Terminal.

“As soon as we travelled a bit ahead, they started firing on us because of which my cousin, Faizan, was seriously injured. He died on the spot, while I was injured,” the FIR quoted Jattak’s cousin as saying.

The FIR was lodged against the four police officials under Sections 302 (murder), 324 (attempt to murder) and 34 (acts done by several people in furtherance of common intention) of the Pakistan Penal Code.

According to the FIR, an “initial examination” of Jattak’s body showed a gunshot wound on his neck and back.

Later that night, angry protesters blocked Sariab Road and chanted slogans against police for what they called “brutality”. Long queues of vehicles could be seen on the road which links the southern and western parts of Balochistan with the provincial capital, Quetta.

The incident also sparked outrage on social media as people demanded stern action against those responsible.

Provincial government spokesperson Liaquat Shahwani said he was “very saddened” over the firing incident which resulted in Jattak’s death and injuries to his companion.

“Top leadership of the police have taken notice of the incident and issued directions for an immediate inquiry. Justice will prevail,” he said in a tweet.

Faizan Jattak was the son of tribal elder Mir Dad Mohammad Jattak. His funeral prayers were held in his hometown Dasht on Thursday.

The incident comes months after five officials of the Islamabad Police were arrested for the killing of 21-year-old student Osama Satti. A Joint Investigation Team (JIT) constituted to look into the incident concluded that Satti was murdered by officials of the Crisis Response Team (CRT) of the Anti-Terrorism Squad of the police.

The CRT team, comprising five policemen including a driver, fired at Satti’s car with the intention to kill the driver instead of neutralising him, police officials had told Dawn.