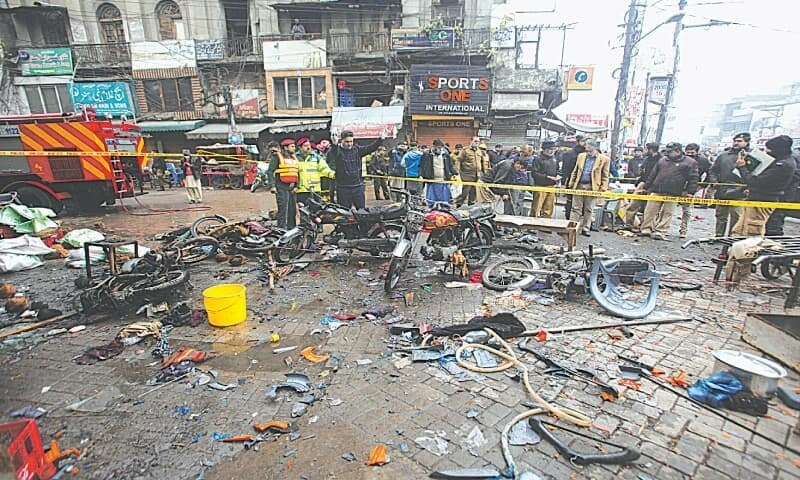 LAHORE: The law enforcement agencies released the four Baloch students who were allegedly picked in connection with the investigation into the New Anarkali blast.

The improvised explosive device (IED) blast occurring in Pan Gali in New Anarkali on Thursday had claimed lives of three people and left 26 others injured.

Following the blast, the security agencies had carried out search operations and conducted raids on student hostels in different areas of the city, picking up four Baloch students, besides others.

Two of them, Imran and Adam, both first-year students of a private college, belonged to Tijaban area of Turbat, Balochistan. They were picked up from the college hostel in Muslim Town.

Meanwhile, Sameer, a student of a private academy preparing for a competitive examination, and Altaf, of the Government College University, belonging to Absor area of Turbat, were detained from a private hostel in Anarkali area.

As per sources, both Sameer and Altaf were released at 3am on Saturday, while the other two were freed around 7:30pm the same day.

One of the picked students told Dawn the arresting officials blindfolded them and took them to an unknown location. He claimed the officials questioned them about their native cities and kept them shifting to different locations.

Earlier, the Baloch Students Council Lahore, in a statement condemned the raids on hostels and termed the detention of the four students unlawful.

A council spokesperson said the law enforcement agencies conducted raids on the hostels where Baloch students were residing. Terming the raids discriminatory, he said the action of the agencies had created a sense of insecurity among all Baloch students in the city.

He alleged the students were being “harassed” during their examinations, which was affecting their studies.

Meanwhile, the Punjab University Baloch Council released a statement, saying: “A propaganda is being spread on social media regarding alleged involvement of any PU student from Balochistan [in Anarkali blast] and arrest/manhandling of any Baloch student. It is clarified that this propaganda is totally fake/baseless and no PU student has been linked with the blast.”

The security agencies had been denying custody of the four students.

Meanwhile, police on Saturday registered a case against unidentified people for looting cash after the bomb blast in Pan Mandi three days ago.

A citizen, Hafiz Asim, approached the New Anarkali police and lodged a complaint that as the bomb went off, his shop situated in the Pan Mandi area was also affected.

He said when his employee who suffered injuries was taken to hospital, unidentified persons entered his shop and took away cash and prize bonds worth Rs750,000.

He said the CCTV footage is also available.