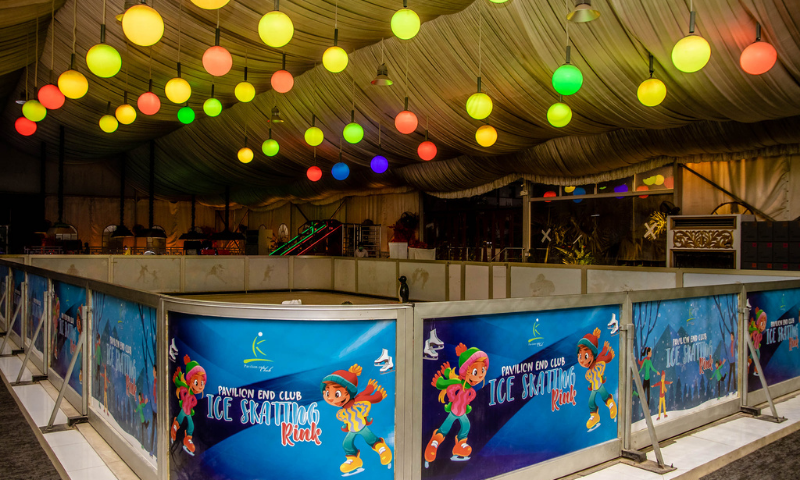 The Supreme Court on Monday ordered the local administration in Karachi to demolish the Pavilion End Club and end all commercial activities on an amusement park in Gulshan-i-Iqbal.

A three-judge bench headed by Chief Justice Gulzar Ahmed observed that the Aladin Park had been converted into Pavilion End Club and membership was being offered against fees along with other commercial activities.

It directed the Karachi administrator to immediately demolish the club and end other commercial activities on the park’s premises and file a compliance report within two days.

The apex court further asked the administrator to develop the premises along with an adjacent plot — on which illegal construction was recently removed — into a park or green belt.

Earlier, the apex court had ordered the demolition of the under-construction residential-cum-commercial multistorey Royal Park building adjacent to Aladin Park and had declared the lease of a two-acre plot, located on Rashid Minhas Road, illegal, while directing the authorities concerned to demolish the under-construction building.

During the hearing, the chief justice also came down hard on the Sindh government over unauthorised constructions and encroachments on public spaces.

He remarked that one Younus Memon was running the affairs of provincial government from Canada.

He also slammed the railways ministry and secretary of Pakistan Railways over frequent accidents and poor functioning of railways and urged the prime minister to take steps to improve the railways and also look into the recent irresponsible statement of the railways minister, who said he was willing to resign if it would cover the losses and casualties in the Ghotki train accident.

The apex court also dismissed an application filed by some people affected during the anti-encroachment operation around Gujjar and Orangi Town nullahs and directed the authorities to continue the operation.

The applicants’ lawyer argued that their leased prosperities were being demolished and proper compensations have also not been offered.

However, the chief justice observed that the land around nullahs could not be leased out and the Supreme Court had already passed an order about compensation and rehabilitation.

The court was hearing civil miscellaneous applications (CMAs) filed against the apex court’s decisions on a petition by former city Nazim Naimatullah Khan in 2010, seeking its intervention to get the amenity plots vacated from “land mafia and political parties” in the city.