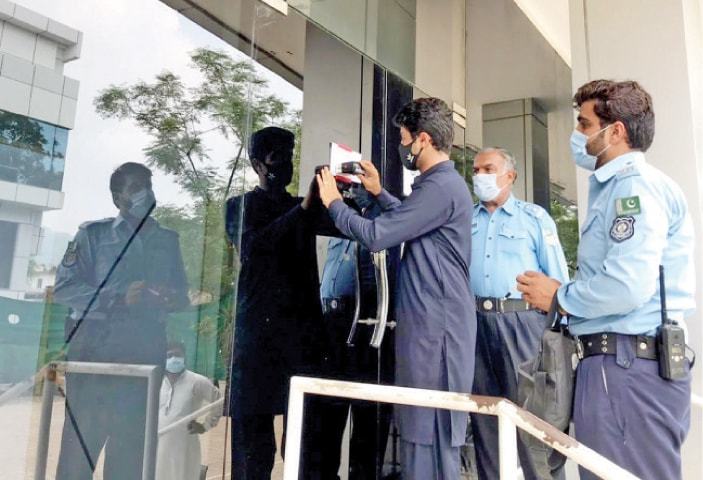 ISLAMABAD: Noor Mukadam’s murder has left the entire country in shock, with many taking to social media to express their anguish and anger. Apart from the alleged killer and his family who have continuously been receiving flak, the name of Therapyworks has also been in the limelight, though for the wrong reasons.

The organisation came to prominence when investigations into the murder showed that the accused was associated with it. Besides, Noor’s father, while talking to media at her funeral, had also remarked on the suspect’s affiliation with an organisation though he did not name any.

However, before the incident, many people had never heard of the name Therapyworks.

The organisation, which is a counselling and psychotherapy service, was established in 2007 and registered with the Securities and Exchange Commission of Pakistan (SECP) as a company in 2008 with its head office in Karachi in Block IV, Clifton. Its CEO is Tahir Zahoor Ahmed.

The company claims that their team consists of highly trained professionals with over 25 years of both local and international experience in advance addiction therapy and dependency, and apart from Karachi it has offices in Lahore, Multan and Islamabad, employing more than 50 personnel across the country.

Social media had been abuzz with reports that the accused was attached with Therapyworks and even provided counselling to schoolchildren.

One such post showed Zahir speaking on challenges of adolescence and self care before children of grades six and seven at a reputed school in Rawalpindi.

In the wake of its public scrutiny, the Islamabad branch of the clinic was sealed.

Talking to Dawn, Deputy Commissioner Hamza Shafqaat said the premises was sealed after the organisation failed to provide registration document and continued conducting psychotherapy and providing treatment to those suffering from mental health issues.

Therapyworks, on the other hand, denied adding the name of Zahir Jaffer to their list of authorised therapists.

“Zahir Jaffer was enrolled as a student in UK Level 3 from September 2015 to September 2016 and then joined UK Level 4 from October 2016 to June 2018 where he did not complete his coursework and International Essays. Accordingly, he was never ever given permission to see clients at the organisation,” Therapyworks said while responding to criticism on Twitter.

On Tuesday, the organisation issued a statement in which it claimed: “Our international credentials/accreditations have already been submitted to concerned authorities and are available to our students for perusal.”

It further added that “we are being subjected to unfounded vitriol, and baseless and false allegations are being made against us in the media.”

The statement, shared on its Facebook page, said the allegations had caused “extreme distress” to its students, patients and staff members and clarified that none of its staff had been detained or arrested as part of the investigation.

The organisation also expressed its support for the victim’s family.

While Therapyworks CEO and chief therapist Tahir Zahoor Ahmed declined to respond to the queries, a senior executive of the clinic said action taken by the capital administration was unwarranted and largely illegal.

The official said Therapyworks was registered with Islamabad Healthcare Regulatory Authority (IHRA) and their equivalent authorities in Sindh and Punjab.

When contacted, IHRA Chairman Dr Fazale Hadi confirmed that Therapyworks had been granted provisional registration and the operating permission was subject to site inspection by the authority.

Dr Hadi further said around 3,500 applications for registration had been received but the authority had limited capacity, therefore site inspections of all health units would take time.

But the British Association for Counselling and Psychotherapy (BACP) has denied giving any membership to Therapyworks.

In response to queries on social media, BACP tweeted: “We support counsellors and psychotherapists to help them better serve their clients. We can confirm that this organisation is not a member of BACP, and we have asked them to remove the BACP logo from their website and other advertising materials.”