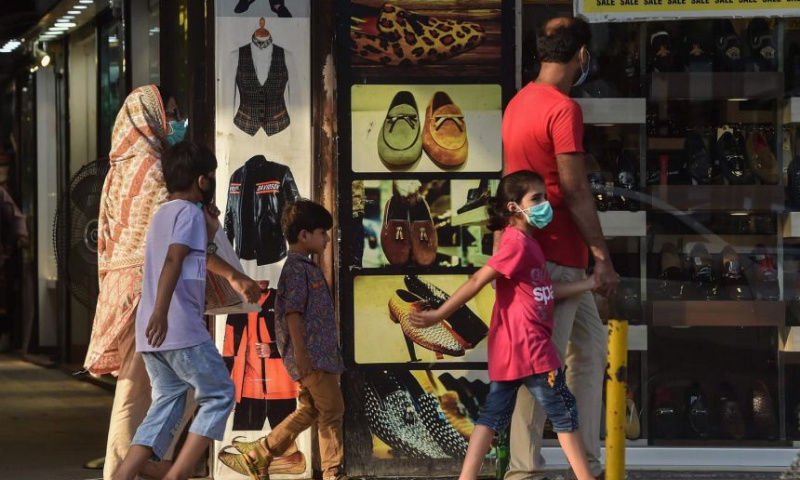 ISLAMABAD: With most of the Covid-related restrictions having been relaxed despite lukewarm response of even health workers to the government-run vaccination campaign, health experts fear a resurgence in number of cases that may compel the government to declare a third wave of coronavirus in the country.

As 1,176 Covid-19 cases were reported in a day, the health experts Dawn spoke to were of the opinion that the government should have given priority to public health rather than financial concerns and advised the authorities to lift the restrictions only after ensuring that 70pc population has been vaccinated against the deadly disease.

Earlier on Feb 24, the National Command and Operation Centre (NCOC) on Covid relaxed most of the restrictions on commercial activities, schools, offices and other workplaces, allowing them to function at full strength.

Under the directives, time limit on commercial activities has been lifted and condition of 50 per cent attendance at workplaces removed. Schools have been asked to function five days a week with full strength. Permission to hold indoor wedding ceremonies and opening of cinemas and shrines has been granted with effect from March 15. The decision to allow indoor dining will depend on the outcome of the review meeting to be held on March 10. The NCOC also allowed increase in number of spectators attending Pakistan Super League (PSL) matches from 20pc to 50pc and permitted full attendance during play-offs with stringent standard operating procedures (SOPs). The Election Commission of Pakistan has also been allowed to hold local bodies and cantonment board elections by the end of May or early June.

While talking to Dawn, Secretary General of the Pakistan Medical Association (PMA) Dr Qaisar Sajjad said: “We are living in a society where people do not follow the SOPs. They even laugh at those wearing face masks. We have already observed the results of lifting of restrictions in September last year when 100 to 200 daily cases were being reported, and within a month the government had to declare a second wave of coronavirus,” he said.

“I believe that restrictions should be lifted after vaccinating 70pc population as only then we can get herd immunity. Just two weeks ago, three cases were reported in Melbourne, Australia. Though all three persons had arrived through foreign flights but the whole Melbourne city was closed for five days. It is unfortunate that we are taking even over 1,000 cases lightly,” he said.

While pointing out that response to vaccination drive in Pakistan was very slow, the PMA secretary general blamed the government for it and said that no one at the helm had bothered to handle the issue seriously.

“Actors have been engaged for vaccination campaign rather than renowned doctors. How a person can get medical advice from an actor. Moreover, advertisements should be shown during peak hours. Currently, we see bombardment of advertisements during PSL matches but we don’t see a single ad on vaccination during matches. Also, data of healthcare workers, who have been vaccinated so far, is not being shared. We don’t know how many general practitioners, nurses, etc have been vaccinated,” he said.

Due to lukewarm response to the vaccination, Islamabad’s biggest hospital Pakistan Institute of Medical Sciences (Pims) has warned its employees of disciplinary action.

Joint executive director of Pims Dr Minhaj-us-Siraj said there was a very slow response by the HCWs, especially nurses, due to which he had no option but to issue a circular to expedite the vaccination. “It is hereby directed that all registered Pims staff must get vaccinated as soon as possible. Otherwise, strict disciplinary action will be taken against the defaulter, as per rules,” read a circular.

Dr Siraj said: “We are in a hurry to vaccinate HCWs as we have to open the out-patient departments. However, staff seems to be reluctant.”

Cases may bounce back

Unfortunately, the government was looking at the issue with mere focus on country’s economic growth rather than public health, Dr Javaid Usman, a microbiologist, said while talking to Dawn.

“Possibility of a third wave cannot be ruled out. We are giving another opportunity to virus to bounce back. We should not forget that now there are more than one variants of virus in Pakistan and they are more infectious and transmissible. Luckily, they are as virulent as previous type. But it is not a good decision to lift restrictions as cases are continuously fluctuating and we have been observing sudden spikes,” he said.

Dr Usman said a new variant of virus that had been initially found in the UK, Brazil and South Africa spread quickly to 92 countries including Pakistan. “We have removed social distancing in schools and PSL matches by only declaring [wearing of] surgical masks mandatory. Surgical mask is almost nothing as compared to size of virus, which can even pass through N-95 masks,” the microbiologist added.

Federal Minister for Planning, Development and Special Initiative Asad Umar, while talking to the media, had also warned of a third wave of virus if the masses did not strictly adhere to the SOPs.

Islamabad District Health Officer Dr Zaeem Zia, meanwhile, confirmed to Dawn that the cases had again started increasing, as the city reported 153 cases on Sunday. Since January 14, the number of cases had not crossed the 150 mark in Islamabad.

A document regarding cases in the federal capital, available with Dawn, showed that weekly positivity rate was 2.47pc in the second week of January, it dropped to 1.61pc next week while in the first week of February it was just 1.57pc.

However, the weekly positivity rate again started increasing and in the last week of February (i.e. from Feb 22nd to 28th) it climbed up to 2.65pc.

An official of Ministry of National Health Services, requesting anonymity agreed that it was not a wise decision to lift restriction. “Government seems to be focusing more on economics rather than caring about the health of people. I fear that within a few weeks the situation may start worsening and we may again have to impose restrictions. Unfortunately, we are not getting positive response for vaccination campaign and so far over 100,000 HCWs have been vaccinated. We can only achieve herd immunity if more than 50pc population would be vaccinated,” he said. Meanwhile, NCOC data showed that 1,178 cases and 23 deaths were reported in the past one day while total active cases were 21,836 and 1,994 Covid patients were hospitalised across the country.