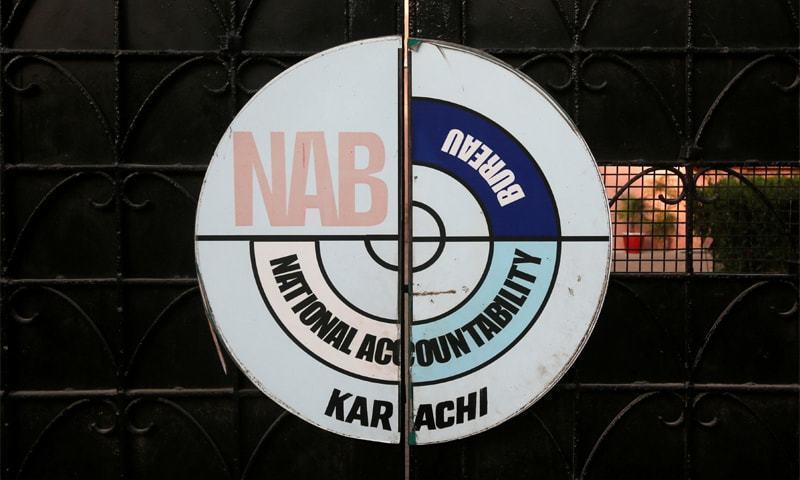 ISLAMABAD: A deliberate decision was made by the National Accountability Bureau (NAB) to disregard the known risk of economic harm to the Broadsheet LLC, as the claimant submits, to turn a blind eye to damages that would or might be caused to the Broadsheet by entering into May 20, 2008 Settlement Agreement with Jimmy James and his Colorado companies or in making payments to them, stated Sir Anthony Evans through his Aug 2016 final award determining the liability issues.

“I hold, that was reckless conduct by NAB which give rise to tortuous liability, as alleged,” held Sir Evans, adding that evidence establishes that those who took the executive decision on behalf of NAB to enter into the settlement agreement believed that the Broadsheet was in liquidation and that the liquidator was not a party to the negotiations by accepting Jimmy James explanation that Broadsheet LLC had been reconstituted in the form of Broadsheet LLC in Colorado, which at best was a doubtful legal concept and if correct, could only mean that Broadsheet had ceased to exist.

The judgement also noted that senior lawyer Ahmer Bilal Soofi who acted on behalf of NAB as its consultant paid an agreed amount of $1.5 million in London by two cheques to Broadsheet LLC Gibraltor (a misnomer) or Broadsheet LLC (Colorado) and Jimmy James.

The consultant was informed in Feb 2008 by Jimmy James that the Broadsheet was or had been in liquidation in the Isle of Man and that the company had been somehow reincorporated in Colorado and that in SA James did not claim that he was acting for a liquidator.

While holding that the claimant Broadsheet LLC was entitled to recover damages for the wrongful repudiation of the ARA, the award declared that Jimmy James had no authority from the claimant after March 2005 to enter into a settlement agreement.

The Dec 17, 2018 determination by Sir Anthony Evans on the quantum award in the Broadsheet LLC litigation mentions, according to the evidence, that the total value of the assets attributed to former prime minister Nawaz Sharif’s was $805.9 million. At the same time the award also acknowledges that the figure being gross do not necessarily relate to the current value of the alleged properties owned by the Sharifs. Of the total value of assets, $622 million was in Pakistan, $54 million in Saudi Arabia, $24.5 million in the UAE besides $105 million in the United Kingdom.

Finally the quantum decision held that Pakistan and NAB were jointly liable to pay $21.58 million plus interest to the Broadsheet LLC as damages for the Oct/Dec 2003 breach and repudiation of June 2000 ARA (asset recovery agreement).

The award summarizes the damages recoverable by the claimant (Broadsheet LLC) for the breach of contract with compound interest at the appropriate deposit rate. According to the table, a total of $21.58 million has to be recovered and given to Broadsheet of which $1.5 million had to be recovered from the Sharifs on account of Avenfield flats, $19 million for other assets from Sharifs, $48,760 from Schon Group, $25,000 from Sultan Lakhani, $85,600 from Fauzi Kazmi, $381,600 from Lt Gen (retd) Zahid Ali Akbar, Aftab Sherpao $210,000 and $180,000 from Jamil Ansari etc.

There was an evidence, the award held, in 2001-02 former chief minister of Punjab Shahbaz Sharif made substantial payments to the National Accountability Bureau (NAB) amounting to Rs440 million ($7.35 million) and there was some dispute at the liability hearing as to whether these were assets recovered by NAB for the purposes of the Asset Recovery Agreement (ARA) between the Broadsheet LLC and NAB in 2000.

But after ending exile and the return of the Sharif family from Saudi Arabia, the payments together with different assets had been surrendered to NAB were returned to him and his family on the Lahore High Court (LHC) order which was also upheld by the Supreme Court of Pakistan.

“It seems, therefore, that these payments and assets are no longer relevant for present purposes,” the quantum award said, adding that in 2015 the files of Mossack Fonseca – a firm of Panama lawyers – became public knowledge thus disclosing the affairs of clients and former clients, including Nawaz Sharif and family members.

In Pakistan, proceedings were instituted by the leader of another political party, headed by Prime Minister Imran Khan, that resulted in the establishment of the Joint Investigation Team (JIT) on April 20, 2017 under the Supreme Court orders, with a task to inquire into the business affairs of Nawaz Sharif and members of his family in relation to certain allegations of corruption.

The reasons why the inquiry was not delegated to NAB was also explained in the SC order which stated that in normal circumstances, such exercise could be conducted by NAB but when its chairman appeared to be indifferent and even unwilling to perform his part, “we are constrained to look elsewhere and therefore constitute JIT” with six members including a NAB representative.

The NAB chairman at that time held office under Nawaz Sharif who had been the prime minister since 2013, the award said, recalling that the SC after the final JIT report disqualified the then prime minister on July 28, 2017 from being member of the parliament who resigned accordingly.

The apex court also directed NAB to file three references in the accountability court at Islamabad against him relating to four apartments in the Park Lane London known as Avenfield Flats.

The award also mentioned on July 3, 2018 first revised expert report of Stroz Friedberg (SF) – a consulting firm – engaged to carry out a forensic audit of the JIT report to identify potentially recoverable assets of the Sharif family. This resulted in a list of 76 items of property in three overseas jurisdictions the revise value of which was $820 million, the award said, adding the SF list did not purport to identify assets currently held by the Sharif family rather it lists items of property which have been held by or attributed to them over a period of 20 years.

The award also held that the evidence regarding receiving $160 million as bribe money from the contractors for the construction of the Islamabad-Lahore Motorway by the Sharif family, does not support the claim that an asset worth $160 million in his possession which NAB could have recovered from him or could recover now without further evidence linking that the cash or property asset which can or could have been seized.