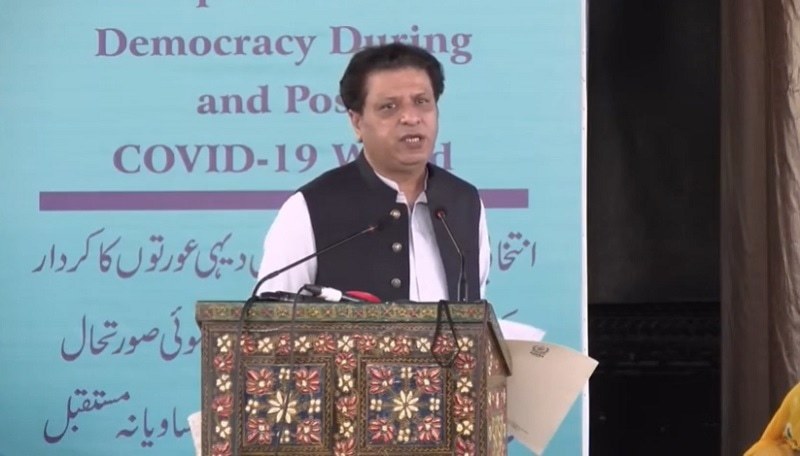 The National Database and Registration Authority (Nadra) has abolished its “unofficial policy” of binding women to take their husband’s name on their computerised national identity card (CNIC) after marriage, the authority’s chairperson Tariq Malik announced on Friday.

“We are breaking down this policy and women now have the authority to register themselves with their father’s or husband’s name,” Malik said while addressing the concluding session of the 14th Annual Rural Women Conference.

The Nadra chairperson said the practice of making women adopt their husband’s name on their CNICs after marriage was an “unofficial policy” made by those tasked with the implementation of policies.

He clarified it was no law that made it compulsory for women to take their husband’s name or seek permission from the husband for updating their name on the CNIC after getting married.

Malik said a crackdown will be launched on those flouting the new orders.

He noted that Nadra had also identified a gender bias in the registration policy along with algorithmic bias in its software. “We are addressing both the issues.”

The Nadra chair said that gender registration gap between men and women was reduced by four per cent to 10pc in the first 100 days of his second term as the authority’s head. It is pertinent to mention here that Malik’s first term as Nadra chairperson had ended in 2014 when he had resigned from the position.

Malik said that an ID card empowers its holder to cast vote, register a case, open a bank account, access government facilities. “It’s not just a piece of plastic; it’s a source to empower you.”

He said Nadra was holding “open kachehri” for women across the country to listen to their complaints, adding that changes in the registration policy were also on the cards.

Malik further explained his remarks on Sunday, telling Dawn.com that under the previous policy, it was mandatory for women to incorporate their husband’s name to their CNIC after a change in marital status.

“Now, women have the choice either to retain father’s title or replace it with the husband’s name,” he said.

The Nadra chairperson clarified that following the abolishment of the old policy, women even have the choice to add their husband’s name to their full name but retain their father’s name in the mandatory field below.

Malik said the change was a “phenomenal one” as it would help women take decision as per their will.